People with weak immunity may develop frequent lung infection called nocardiosis. It is caused by bacteria which often enter into the body through inhalation of contaminated dust that contains bacteria. For some cases it may affect brain and other vital organs like heart, kidneys, eyes and even bones.

Nocardiosis is caused by Nocardia asteroides bacterium that causes lung infection. Nocardia brasiliensis attacks the skin causing skin infection. It is found throughout the world in damp soil. When you walk in the garden you may accidentally get this infection when the contaminated soil particles enter into your body through cuts or wounds in your body. For most of the reported cases they acquire the infection by inhaling the bacteria directly by lungs. People with preexisting weakened immunity are likely to develop this bacterial infection.

Individuals with chronic immune disorders like cancer, HIV or AIDS or rheumatoid arthritis may develop this infection. There is more chance of the person to get nocardiosis if he/she has COPD disorder or is using steroids for long or has undergone kidney transplant surgery recently. Often this bacterial infection occurs in people with chronic lung infection or lung disease.

How the bacterium grows and attacks the body?

Nocardia bacteria enter into the body when contaminated soil touches the skin directly on open wounds or cuts. Subsequently it would release certain factors (virulence factor) which would escape the regular defense mechanism of the body. It would produce various cord factors that arrests the activity of oxygen metabolites which would otherwise create toxic substances to destroy bacteria.

Similarly these factors would prevent the action of macrophages of your body which would crush them. Nocardial bacteria would often attack lungs causing pneumonia like infection. For some people it would cause skin infection and in rare cases it attacks central nervous system and eyes.

The symptoms of nocardiosis differ according to the part of the body that is getting infected.

About 90% of the reported cases already have lung disease. Pneumonia that develops by nocardia is not the same as regular pneumonia. Here the person would have chronic lung infection which shows no response to empirical antibiotics. The affected person may show signs like severe cough, fever, anorexia, loss of sweat, night sweating and chest pain. In addition to the above signs, some people may also develop sinusitis and laryngitis infection.

Nocardia bacterium would infect the skin causing ulcers and lesions on it. Painful granulomas can be seen on the extremities of the body in addition to head and neck which is called as mycetoma. The lesions would be present for weeks together and even for months attacking deep lying organs of the skin. Skin infection can also be of lymphocutaneous type with enlarged lymph nodes and central lesions surrounded by pus. People who develop nocardiosis pneumonia are likely to develop disseminated nocardiosis in which the bacteria will gain entry into the blood and other vital organs.

About 30% of the reported nocardiosis infection is at risk of developing infection on the central nervous system. Such people will show symptoms like fever, headache, and seizures and reduced focus.

Keratitis is the common eye infection caused by nocardiosis.

Based on the symptoms and severity of infection, the doctor would order for series of testing procedures like blood profile, biopsy of tissue sample from the lungs, bronchoscopic test, skin biopsy or brain biopsy.

An antibiotic with sulfonamide combination is very effective in treatment of nocardiosis. Drugs like sulfamethoxazole are also prescribed for managing this infection. Based on the symptoms, the patient should continue taking pills up to 6 months or even more. For people who cannot tolerate the above drug, minocycline is given along with cefotaxime or ceftriaxone. Keratitis infection is treated with suitable eye drops like cefazolin.

In more severe cases, nocardiosis can lead to complications of lungs causing chronic difficulty in breathing, permanent scarring of skin (when skin is infected) and abscess in brain leading to various neurological problems.

Recovery from nocardiosis depends on the site of infection and severity. Death rare is more for people whose nervous system is affected. For those with disseminated nocardiosis in which the bacteria enter the blood and other vital organs prognosis rate is poor.

One can take precautions while walking in the garden and while visiting the risky areas. People with low immunity should be very careful in daily routine and report to their doctor even there is slight symptom. 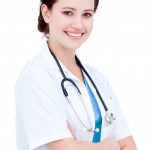 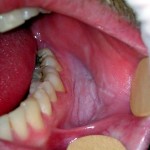 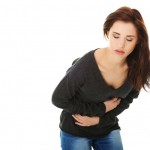 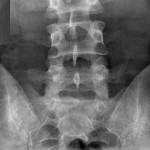 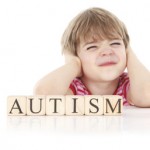