Pancreas is a small tapered organ found behind the stomach. It produces several enzymes during the process of digestion which are needed for breaking down the food particles into simpler form of carbohydrates and proteins. Pancreas contains endocrine cells in it that would produce insulin to control sugar level in blood. The hormone insulin is released directly into the blood. The digestive enzymes from the pancreas flow directly to the duodenum of the intestine.

Pancreas pain can be caused due to many factors. The pain of pancreas can be acute or chronic depending on the causes. Often pancreatic pain can be serious and life threatening warranting immediate medical care. Chronic type of pain will be for long term due to the inflammation of the gland.

Acute pancreatic pain begins immediately after there is any infection or damage caused to the pancreatic gland. Most of the acute pain would be mild but some cases will be very severe. Mild forms of pancreas pain will last for few minutes and resolves once the pancreas gets back to normalcy. Acute pancreatic attack can develop only once or several times.

Chronic pancreatic pain will initially start from acute pain. In this process the pancreas gets scarred and damaged. It takes more time for healing than you expect. Sometimes it will take several weeks and months for getting resolved. Pancreas pain can occur at any age and for anyone.

Pancreatic pain may range from mild to very severe depending on the extent of damage caused to the organ. It will cause intense pain on the abdomen region and the pain will radiate towards the back. Many times the pain will progress and become intense when the person walks or lie down. Similarly the pain will get worse after eating.

Sharp pain originates on the upper portion of the stomach and it can occur either suddenly or builds up gradually. The affected person can develop nausea, vomiting, fever, bloated sensation, diarrhea and mild jaundice like symptoms. There will be pain and other symptoms for few days making the person sick. The abdomen region becomes swollen and warm to touch.

In rare cases, if the infection is severe with internal bleeding, blood pressure will collapse and the person gets circulatory shock. Under such circumstances, there can be confusion, feeling fainting and difficulty in concentrating. In case of chronic pancreas pain, the symptoms are less severe. Most people will not show any symptoms. However for some others it can cause liver problems and anemia and unusual weight loss if it affects the digestion process.

Formation of gallstones and (long term) consumption of alcohol are the two major causes for pancreas pain. People who have been under alcohol abuse for 5-7 years will get pancreatic pain. The pancreas will already be in chronic stage when he gets severe pain.

Gallstones are small material found in the gallbladder. When these stones enter the pancreas region it can block the small tube of the pancreatic duct thus trapping the enzymes and digestive juices inside. This will cause swelling of pancreas and intense pain and this occurs often in people who are above 50.

Pancreas pain can be caused due to certain medications like corticosteroids and estrogen (long time usage), exposure to chemicals and injury to the abdomen during accidents. It can be caused due to genetic factor and sometimes due to surgical complications. Pancreatic pain can develop when there is increased fat level in the blood or due to abnormalities in the intestine. Viral infections like pneumonia and mumps can cause pain the pancreas. In rare cases, pancreas pain can develop without any reason which is termed as idiopathic pancreatitis.

Your doctor will look for the abdominal pain symptoms and collect the entire medical history. He would request for liver function test, serum amylase test, blood glucose level test, and urine analysis test for making any decision. If the symptoms are not satisfactory and he is unable to decide then he may order for imaging tests like X ray of pancreas, CT scan or ultrasound scanning for detecting any problems in pancreas and gallbladder. These testing procedures will show any case of abnormality or inflammation inside. Sometimes, he may conduct endoscopic retrograde cholangio pancratography test ERCP for examining the pancreas closely.

For people who get pancreas pain due to alcohol abuse it is enough if they stop drinking. Over the counter pain killers can be effective for others who are non-drinkers. Take plenty of liquid diet if you experience any pain in the abdomen. These liquid foods can heal the inflammation and makes digestion easy.

For acute pancreatic pain the person has to be admitted in the hospital and given IV fluids to control vomiting and loss of fluids. Antibiotics are prescribed according to the nature of infection for acute pain. In rare cases, surgery is done for severe infection and cyst removal and for repairing the enlarged pancreas by draining out the fluid or by removing abscess.

As a precautionary measure, you need to restrict alcohol or stop taking it for keeping your liver and pancreas in healthy condition. 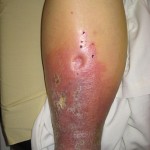 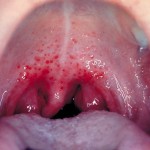