You are here: Home / Information / Pancreas

Pancreas is a small organ measuring 4-6 inches and is found behind the stomach. The head portion of the pancreas is connected with the duodenum of small intestine through small tubing called pancreatic duct. The other end of the pancreas is narrow (is called tail) extends to the left side of the abdomen.

Pancreas is affected by many diseases and medical conditions. Pancreas produces distinct enzymes and juices that help in digestion and thus it is responsible for controlling blood sugar levels. Any problem in the pancreas has an impact on digestive process.

Some of the Diseases Related to Pancreas are given below :

Pancreas has an important role in diabetes.

Your doctor can identify the condition of pancreas by gently pressing the stomach region. By sensing the size of pancreas he can tell if it is swollen or enlarged. Further he may request for computed aided scanning test or MRI scan for diagnosing the problem correctly.

On some cases, the doctor may do biopsy of pancreas by cutting small tissue from it and testing in the laboratory for detecting any cancerous cells. Individuals who are suspected for cystic fibrosis are done sweat chloride test in which small electric current is sent into the body causing sweat. The sweat level is studied through the instrument for detecting the presence of cystic fibrosis. 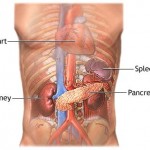 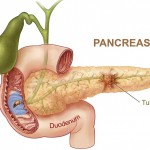 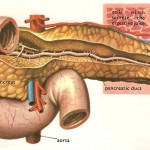 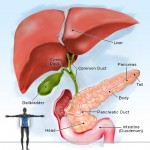 For treating type 1 and type 2 diabetes, injecting insulin or taking insulin pills can manage the blood sugar in the body. In case of pseudocyst on the pancreas, surgery is done for draining the cyst through the tube or for removing the cyst itself. Often, laparoscopy surgery is done by making small incision. For people with pancreatic cancer, Whipple procedure is adopted for cutting open the head of the pancreas. In rare cases of diabetics, pancreas transplantation is done by replacing the pancreas.