Paranoid personality disorder is characterized by odd/eccentric thinking. The affected people have paranoia with insistent mistrust on others. They would always doubt on others even though there is no reason for it. This disorder manifests in early adulthood and is found more in men than women. The personality of any person is shaped according to the way in which he/she perceives and relates the world. Some types of personality disorders show peculiar behavior that deviates clearly from the social norms. Any person is said to have personality disorder only if his behavior or thinking is different, rigid and inflexible and causes significant impairment in relationships with others.

People with paranoid personality disorder have a tendency to interpret other people action as deliberately threatening. They will always have feelings of distrust, unknown fear and unjustified suspicion on others. These people are seen often misinterpreting other’s comments/behavior that induces them to develop baseless resentment for them for long time.

The intense doubts of these people would interfere with the ability to make close relationships. Some of the signs of paranoid personality disorder are:-

Like many other personality disorders the exact cause for PPD is not known. It can be due to multiple factors including hereditary, biological as well as environmental factors. Individuals with close relative having schizophrenia or other mental illness are prone to develop PPD and other types of personality problems. Negative childhood experiences and neglect or baseless parental rage can cause this problem.

The doctor will collect complete history of the affected child/person from parents and close relatives. He would also gather information about the mental health of his relatives. He would then refer the case to any psychologist or psychiatrist who will use the tools like questionnaire or other assessment methods for studying the nature of personality.

Individuals with paranoid personality will not accept that they have a problem. It is the duty of loved ones or close relatives to encourage them to take treatment with psychologist. Psychotherapy is often used for improving coping skills of the concerned person which in turn would increase his self esteem and communication skills. Since these people will not trust others, they will find some reason to skip the therapy sessions. It can be challenging for the therapist to convince them initially. It is really difficult to make them to stick on the treatment plan. But without treatment this disorder can become worse spoiling their relationships at office. It can lead to loss of employment or disruption of relationship with spouses.

The therapist will devise comprehensive plan for includes family support for reducing the symptoms. They would also require consistent therapy depending on the intensity of their symptoms and poor adjustments. Many times these people will terminate the therapy sessions finding some faults or excuses. Building client-therapist rapport is difficult with paranoid people. Medications are rarely given to these people only if they have depression/anxiety disorder. If the symptoms are severe anti-psychotic drugs are prescribed for relaxation.

In case the disorder is chronic the person will need lifetime treatment. There are people who are able to manage relationships and jobs with paranoid personality. But many others will have tough time to maintain their relations/jobs making life complicated. The outcome may be poor if there is no continuity in the treatment plan. 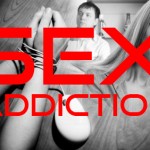 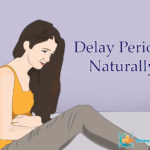 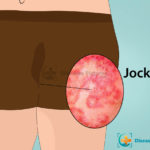