Pelvic inflammatory disease is the bacterial infection that occurs in the reproductive organs of women. Commonly called as PID, this disease is one of the major sexually transmitted disease. It severe cases it can cause irreversible damage to the ovaries and uterus and even infertility in women. Every year around 1 million women living in the USA are affected with pelvic inflammatory disease and become infertile. It may also cause ectopic pregnancy in many thousands of women. PID is common in teenagers. The worst part of PID is it will not produce any symptoms until the infection grows very severe causing chronic pelvic pain.

During the initial stages there may not be any signs of PID. For some women it can cause pain in the abdomen, foul smelling vaginal discharge and irregular periods. She will experience pain in her vagina during intercourse. In severe cases, it can cause fever, fatigue, low back pain, nausea, vomiting and diarrhea. If the infection is caused due to Chlamydia it will not produce any symptoms at all.

The cervix of every woman will prevent the entry of bacteria and other micro-organisms into the internal reproductive organs. But when it is exposed to sexually transmitted diseases like gonorrhea it gets infected and thus the infection spreads into the deep parts of the uterus. The bacteria will travel from the cervix region till the upper genital tract making symptoms worse.

The major cause of PID is untreated gonorrhea or Chlamydia which is caused by unsafe sex. Women having sex with multiple partners are likely to get this infection from others. Sometimes abortion or any other pelvic procedures can cause PID. Having a contraceptive device in your uterus can increase the risk of getting PID.

Sex workers, teenage women or women under 25 years, women having sex with several partners, and having an IUD inside have increased risk of getting PID. Women having unprotected sex with strangers can get pelvic inflammatory disease easily.

If left untreated PID can cause scarring of tissue in the ovaries and fallopian tubes. It can also form abscess in the tubes and increases the risk of developing ectopic pregnancy and infertility. In some cases, it will cause chronic pelvic pain that will last for many months.

The doctor will listen to your symptoms and conduct pelvic examination. She may collect information about the pelvic pain and the nature of vaginal discharge. She may collect the sample from the pelvic region in a cotton swab for testing in the laboratory to find the presence of bacteria or other infection causing organisms. Apart from pelvic ultrasound, endometrial biopsy is done for some women. Laparoscopic procedure is done to have a clear picture of the pelvic organs.

Since pelvic inflammatory disease is caused by bacteria, antibiotics are recommended for treatment. Usually a combination of antibiotic drugs is given based on the test results. Pain killers are prescribed to give comfort from pain and other symptoms. The infected women should stay inactive and restrain from having sex. Further it is necessary for her partner to get tested to prevent complications.

For more severe cases of PID in-patient treatment is advised. Based on the seriousness of the symptoms, she will be put on IV drugs of antibiotics to manage pain and reducing the severity of symptoms. Surgery is done rarely for PID if the abscess ruptures inside the ovaries or fallopian tubes. In more severe cases hysterectomy is done for removing the abscess along with ovaries and uterus. 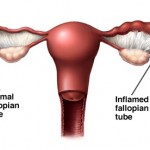 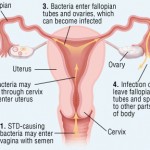 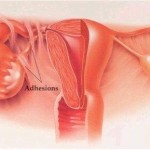 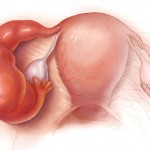 The only way to prevent getting PID is to have safe sex with condom. Avoid having sex with multiple partners. Always use birth control pills or condoms to protect your vagina from infection. Think twice before using intra uterine device. Visit your doctor regularly to have a pelvic exam and swab study. Avoid douching since it can disturb the balance of good bacteria in your vagina.