Polyarteritis nodosa is the disorder affecting the arteries of the kidneys, nerves and intestines. It causes inflammation on the arteries and is caused by autoimmune disease, affecting one’s own healthy arteries. This disorder can damage any part of the body since arteries are involved. It damages the blood vessel and is a serious illness; if not treated on time, it can be pose risk to the life of the affected person. It would also affect the joints and muscles of the intestine causing disturbance in bowel movement. The doctor would detect the disease by doing a biopsy of the tissue from the affected artery.

Polyarteritis nodosa is shortly known as PAN. If you find any organ not functioning well it may be due to poor blood supply. This disorder may also cause abdominal pain when blood supply is blocked in the arteries due to inflammation.

Exact cause of this disorder is not known. It is believed to occur shortly after the body gets infected with hepatitis B virus.

The blood vessels get damaged due to inflammation of the arteries and hence the symptoms depend on the organ that is affected. In case the blood supply gets blocked on the nerves or muscles it would cause damage to the nervous system. If the artery in the intestine or liver gets affected then it would cause abdominal pain and bloody discharge when passing stool. Fever, weight loss and excess of fatigue are common in this disease. There may be intermittent pain in the affected part of the body due to inflammation. For some people, it is reflected in the form of high blood pressure, muscular pain, joint pain (arthralgia) and nerve damage.

The doctor would check the white blood count in the platelets and also check the sedimentation rate of the blood for identifying the disorder. It is quite common for many people to have hepatitis B when they develop PAN. In case he suspects nerve damage, then he would do nerve function tests for checking the abnormality.

In case the tissues underlying arteries are involved, he would do a biopsy for confirming the inflammation of blood vessels.

The main purpose of the treatment should be to reduce the inflammation of the arteries. Cortisone medicines are administered by intravenous injection or oral doses. He would also prescribe immunosuppressive medicines like cytoxan or Imuran.

If the patient has been infected with hepatitis B then he would prescribe appropriate antiviral drugs like vidarabine or interferon alpha. The course of treatment depends on the seriousness of the illness and the health condition of the patient. Sometimes, a combination of immunosuppressive drugs and antiviral medications are given. 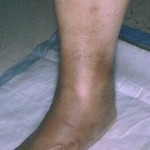 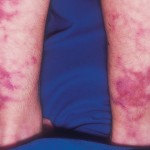 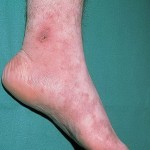 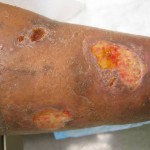 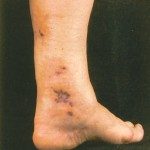 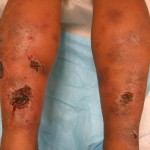 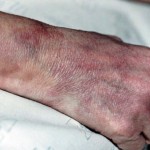 It is for the patient to consult with the doctor once he sensed some problem without any delay. In case of inordinate delay, the inflammation of the arteries may affect the functioning of underlying organs badly. The individual should take preventive measures for not getting infected with virus causing hepatitis B.