You are here: Home / Information / Progeria

Progeria is a disorder of genetic origin that causes small children (1-2 years) to become aged rapidly. This disorder is also called Hutchinson Gilford progeria syndrome. The infant will appear to be normal during birth and even until one year. The symptoms like hair loss and slow growth rate will appear after that and such children will live only for short period. Mostly they die during young ages before 20 years but some live longer than that. Very often, stroke or severe heart problem will be the cause of death in such children.

For many infants, the initial symptoms will begin even before the child completes his first year. Suddenly the weight and height of the child will decline rapidly. Motor development will be regular but physical changes will be prominent. The face will be narrow, with a broken nose and there will be loss of hair on the scalp and even on the eyelashes. The skin will not be soft like other children but it will become tight or hardened. This is more particular on the hands and feet.

The size of the head will not be compatible with that of the child’s face. He will have prominent eyes, thin lips and his veins will be visible. His joints will be very stiff but will have normal voice. His heartbeat will not be regular and most often the children will be insulin resistant.

Progeria is caused by gene mutation of the lamin A gene. This gene is responsible for holding the cells together and this missing gene may cause the aging process rapidly in some children. This particular type of gene mutation is not found in either father or mother. Some syndromes of progeria run in families passed on to the offspring from the parent.

Apart from physical abnormality children diagnosed with progeria will have short life expectancy. Often these children will develop hardening of arteries. Arteries will become narrow and shrink thus restricting normal blood flow. Mostly they die of atherosclerosis or other types of cardiovascular problems.

It is easy to identify children with progeria based on several physical symptoms. The doctor will conduct genetic test like LMNA for confirming the illness.

Progeria is congenital and hence there is no treatment or remedy for the disorder. Only certain symptoms can be managed by medications and therapy. For children with cardiovascular diseases, bypass surgery is done or open heart surgery is performed, depending on the individual child’s case.

Low dosage of aspirin can be given to such children to prevent massive heart attack or stroke. Anticoagulants or similar medicines are given for controlling cholesterol. Hormone therapy can be given to stimulate the arrested growth in children having progeria syndrome. Gradual increase in height and weight can be seen after taking hormone therapy. Occupational therapy is given for reducing joint stiffness and for repairing hip dislocation. Research is still going on for correcting the cell defects through FTI famesyltransferase inhibitors.

Always ensure that your child is given plenty of fluids like milk/juice or water, since dehydration is a common problem in such children. Since nutrition and gaining weight can be problem, give small frequent meals for your child. Motivate him/her for engaging in physical activity. Give him/her regular immunization since the child can develop risk of getting more infections. 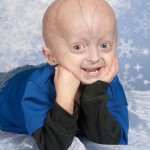 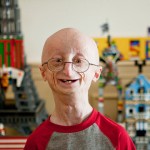 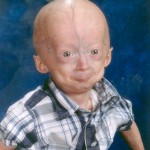 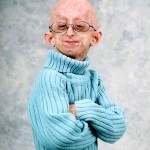 It will really be devastating for the mother and father to know that their child is having progeria syndrome. It involves lot of physical and emotional issues apart from financial problem. Hence it is very much necessary that you take help from support group with people who have similar challenges. You can ask your doctor or approach local health department for identifying such parents.