Pubic lice are small lice that live on pubic hair of men and women. Due to its appearance they are known as crabs. Primarily they live on the genital area and sometimes it can also infect armpit hair and eyebrows. Often pubic lice are seen on teenagers and also on adults. These lice can be easily destroyed by single dose of prescription medication.

Pubic lice live in three forms namely egg (nit), nymph and adult. Eggs are oval in shape and are found attached to the genital hair firmly. They cannot be detected by naked eye. It takes one week or even more for the eggs to convert into the next stage. Nymph is the hatched egg of the louse. It feeds on the blood of the host and it takes about 2-3 weeks to transform into adult.

An adult pubic louse looks very much like a crab having six legs with two large front legs. They are grayish white or yellow in color. Females are generally bigger than male louse. In case if the insect falls from a person it will automatically die in a day or two without having food (blood). Pubic lice live mostly on the genital (pubic) hair of humans but sometimes they are also present in armpits and hairs of legs or even eyebrows. In case if it enters eye cavity, it can cause blepharitis.

The major cause for getting pubic lice is by sexual intercourse. In medical terms pubic lice are called phthirus pubis. The lice spreads from infected person to his/her partner through sexual activity primarily. In rare cases it can spread when you share clothing, bath towels or bed linens with infected person. The lice cannot live for more than a day without sucking blood and hence they will die once it withers off from the human body. Hence pubic lice will not spread when you share toilet with others.

The doctor can diagnose pubic lice by physically examining the pubic region. He would look for grayish white eggs or nit or crab like louse in the pubic hair. He would check the other hairy parts like eyebrows, beard and armpit also. Pubic lice would firmly attach itself with the hair and do not crawl quickly like that of head lice. A person is said to be infested if he/she contains nits in his/her pubic region. There is increased chance for the infested person to get other sexual diseases.

Permethrin compounds like Kwell or Elimite are highly recommended for treating pubic lice. The shampoo should be applied well on the pubic hair region and kept for 5 minutes before washing. Often, one dose usage of this medication will have good effect in killing the nits. The infested person should properly comb the pubic hair for removing the eggs. He can also use vinegar solution for loosening the nits that are firmly attached to the hair.

In case of severe infection and itching, you can repeat the medicated shampoo for every 5 days. It is possible to get this medicated shampoo over the counter. Alternatively lindane shampoo or Malathion lotion or Iyermectin can be used for killing eggs and pubic lice. But it is not suggested to use lindane on infants and children. Since pubic lice can get attached to the bedding you need to machine wash them using hot water and thoroughly dry them in the dryer cycle.

Once diagnosed with pubic lice you should stop having sexual contact with others since you will be spreading the infection. Further the infected person has to be checked for other sexually transmitted diseases. In case pubic lice are found on the eyebrows it has to be carefully removed with fingernails or special comb. You can apply ophthalmic petroleum jelly on the infected eyebrows or consult ophthalmologist. 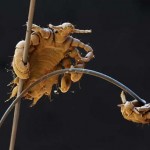 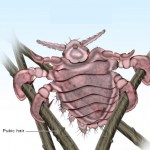 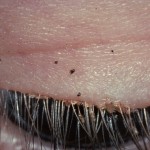 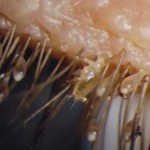