The exact cause for this disease is still unknown. Genetic play a part in this disease since children inherit this disorder from their parents very often.

Some of the symptoms of pyloric stenosis are vomiting of milk after every feed. The symptoms start as early as 3 weeks but in some children it becomes visible only when the child is five months old. The act of vomiting will occur regularly and is forceful and the child will feel hungry after every vomiting. Other symptoms of this disorder are pain in abdomen, hunger drive and constant crying of the child, weight loss and failure to gain weight and dehydration.

The only treatment available for stenosis is surgery. During the process, the doctor will loosen the thickened muscles and the process is called pyloroplasty. If the infant is at high risk of collapsing due to surgery, ballooning can be done for dilating the valve of pylorus. 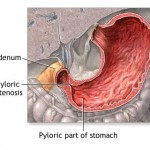 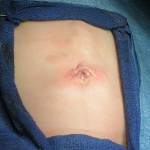 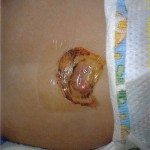 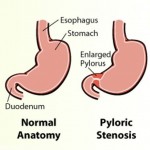 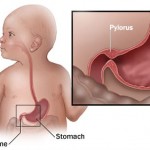 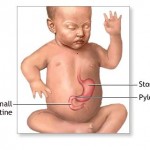