A series of activity takes place in your brain when you go to sleep. Two basic categories of sleep exist namely REM Rapid Eye Movement Sleep and NREM Non-rapid Eye Movement Sleep (has four stages). When one gets to sleep his body wavers between REM and NREM sleep several times. On an average, a healthy individual will begin sleeping cycle in non-REM sleep which is followed by REM sleep (exist for short duration). It is this stage when one gets dreams.

REM sleep is Rapid Eye Movement sleep and during the stage of NREM the body builds up torn tissues and builds up muscles and bone to strengthen the immune system. As one grows old, quantity of sleep gradually reduces for many people, but studies indicate that it is not true. One can get quality sleep even at old age. (Without taking medications)

REM sleep starts within an hour of your sleeping time. It is interesting to know that the brainwave patterns are exactly the same when you are fully awake. In other words, during initial phase of REM your brain will be awake. Your heartbeat and respiration rate will be quicker than normal during this stage of sleep and most importantly your eyes will make rapid movements in different directions during REM sleep.

One will get lot of dreams during REM sleep which is due to responsive brain activity. Slowly major voluntary muscles will become paralyzed at this stage. REM is a stage when the brain is in the state of total excitement without any muscle movement. Hence this stage is called as paradoxical sleep. A healthy adult will have only 20% of their sleep at REM pattern and it is slightly more in adolescents (30-35%) and for infants it is 50% of their total sleep duration they would be spending in REM sleep.

Many people will have the question about the quantity of sleep one should have. There is no concrete rule that you should sleep for fixed hours each day, provided you are active and healthy next day. Need for sleep varies from one person to another and it also depends on various factors.

Infants will generally sleep for 15-18 hours a day and slowly they will reduce the quantity of sleeping time. Adults may require anywhere from 7-8 hours of sleep on average. However the duration of sleep one may require will increase if he is deprived of sleep, or taking medications or having any illness.

What happens when you sleep lesser than your requirement?

Too little sleep in your daily schedule may cause poor concentration, disturbance in memory, impairing thought, fatigue, depression and decreased immunity. But this is not for all people and is only generalized phenomenon.

RBD is a marked sleep disorder in which one may move their limbs and may even get up from their bed to start walking. Sometimes individuals may engage in strange activities like shouting, screaming and hitting others. RBD is noticed initially by your sleeping partner gets injured. It is the not the case for all people who have REM behavior disorder (RBD).

According to the norms of the International Classification of Sleep Disorders, the person is said to have RBD if he/she is diagnosed with at least one of the following symptoms:-

His disorder pattern should not be better explained by other sleep disorders or any neurologic disorder.

The basic difference between healthy individuals and a person affected with RBD disorder can be summarized as follows:-

Anyone having dreams in which they are active or violent will keep their body still during sleep. But a person with RBD will lack muscle paralysis and hence he can react violently or become active exactly as he sees him in his dream. He can very well move his legs and arms even while asleep and move around the room without waking up.

RBD can affect anyone of any age group but is usually observed more often in middle aged and old aged men than women.

REM behavior disorder is believed to be caused by lesions or bumps in the brain stem. Some animals with brain lesions were found to hurt their backs while the results they were in REM sleep. Experts believe that REM disorder can begin from neurological problem or multisystem atrophy. But in most of the cases, cause is unknown. However the exact cause is not known.

It can occur on people who have withdrawn suddenly from using alcohol or substance or due to prolonged use of antidepressants. This disorder is commonly seen (70%) in people with Parkinson’s disease and multisystem atrophy. Sometimes the symptoms of this disorder appears first followed by (after 10-13 years) Parkinson’s disease.

Talking loudly, shouting, or screaming during sleep are some of the signs of RBD. Often the person will involve in self-injury or cause injury to his/her partner. The behaviors are non-directed and they would frequently leap or kick or run from bed while still asleep. Some people will go to the extent of attacking his/her partner while they are dreaming of rescuing them.

In many cases, the individuals having this symptom will wake up instantly after an attack and they will be able to recall about their dream and relate it to their physical action.

Number of other sleeping disorders will show similar symptoms like that of RBD and hence it is necessary for the doctor to conduct sleep study test (polysomnographic video recording) for ascertaining the disorder. Your doctor will monitor the pattern of sleep, brain activity and muscle activity during REM sleep and there should not be muscle paralysis for the suspected patient. Polysomno-graphic recording is the major test for detecting RBD syndrome. Some doctors will order for Electro oculogram test, EEC and ECG as well.

Most of the cases of REM sleep behavior disorder can be cured by following simple medications. But some people with underlying neurological problems can be difficult to treat. Clonazepam is the best medication for treating RBD. More than 90% of the patients have recovered successfully from the disorder by using this drug. Initially your doctor will start at low dosage 0.5 mg of clonazepam every night. Often the results will be seen in the first night itself or from the consecutive nights. He might increase the dosage depending on the symptoms and muscle weakness.

One should not stop the medicine without consulting your doctor since relapse of violent behavior can occur promptly. This drug has minimal side effects and can cause confusion of thoughts in elderly persons. Melatonin is another drug given for reducing the violent symptoms of RBD within a week. Exact mechanism of the drug interaction is not known. 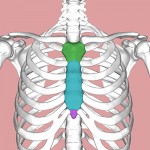 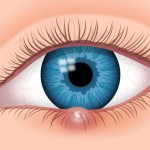 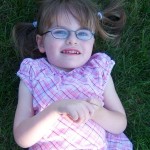 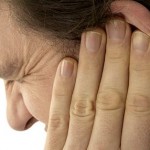