Renal cell cancer or renal cell carcinoma is a major type of cancer that develops in kidneys. This cancerous tumor is really challenging for the medical experts because it is associated with at least 4 types of hereditary syndrome. Often this will not show any symptom until the cancer cells have metastasized to distant organs of the body. About 3 persons in every 10 people diagnosed with renal cell cancer will have the presence of cancerous cells in the liver and lungs. Renal cell cancer can develop both due to hereditary and non-hereditary conditions. Treatment options available are surgery, immunotherapy and radiation therapy.

It is very difficult to diagnose renal cell cancer since in most of the cases it will not show any signs. Only 10% of the affected patients will show significant symptoms like loss of weight, fever, high blood pressure and flank pain. Some people may develop malaise and night sweats. It would cause significant weight loss without any effort.

About 1 out of 4 persons with VHL syndrome would develop renal cell cancer. These people are predisposed with neoplasmic genes due to family history. This syndrome will not only affect kidneys but also other organs of the body. It might cause pancreatitis (forming cyst in the pancreas), tumors in the eyes and also central nervous system. VHL genes develop mutation posing high risk of getting tumors.

This is also a hereditary disorder inherited by birth.

This is hereditary disorder that is passed on from the parents to the offspring. Children born with hereditary carcinoma have increased chance of developing tumors in the kidneys which can be benign (harmless) or cancer causing. 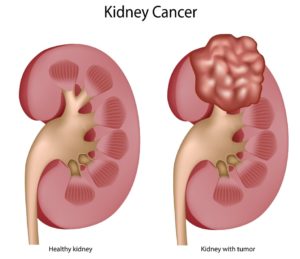 The doctor would complete the physical exam and listen to the symptoms given above. He would order for complete blood profile, urine test, electrolytes test including renal profile. Some types of imaging tests for diagnosing renal cell cancer are CT scan, PET scan, arteriography and ultra sonogram. Magnetic resonance imaging test will be done to get a clear picture of the tumor. If he suspects advancement of cancer in the liver, he would order for liver function test.

Based on the stage of cancer and health condition of the patient the doctor will devise suitable treatment plan for renal cell cancer. It can be either surgery or radiation or immunotherapy and sometimes a combination of these treatments are given. Surgery is the best choice of treatment for patients with localized tumors and initial stages of renal cell cancer. Immunotherapy and targeted therapy are other options for patients in advanced stages. Response to chemotherapy is poor even if it is combined with several drugs.

Some of the medications given for immunotherapy are interferon, interleukin 2, BCG vaccine and tumor infiltrating lymphocytes. Many patients will have the disease metastasized to other organs and only few patients will have single metastasis. For many it would have invaded multiple organs and hence it is difficult to be treated.

Surgical resection can be done if only one organ is affected along with renal cell cancer. The surgeon would remove the primary tumor in addition to the organ where the cancer has invaded. There are increased survival rates in patients with single metastasis after surgery if they are very receptive to treatment options. Two major types of surgery namely partial nephrectomy and radical nephrectomy are used. The surgery would be performed either by open incision method or multiple incisions using laparoscopic method.

If there is a possibility of sparing the kidneys partial nephrectomy (removal of kidney) method is used. Patients diagnosed with T1 renal mass tumor partial removal of kidney is the ideal option. It would reduce the risk of making dialysis in future. The tumor or mass cells of cancer are removed through renal excision via partial nephrectomy. Depending on the health condition, age and other factors the surgeon would either opt for laparoscopic surgery or open incision.

This surgery method involves removal of complete renal parts including perirenal fat, kidneys and adrenal glands with lymph nodes. It is reported that 25-30% of people would develop cancer in some other organ after radical nephrectomy. In some patients along with kidney nearby parts like spleen will also be removed if cancerous cells are present in it. Radical nephrectomy is done by thoraco-abdominal method, trans-peritoneal method and flank method. The method of surgery is determined after considering the patient health and staging of cancer.

For patients who have crossed the first stage radical nephrectomy is recommended. In rare cases the cancerous cells would have invaded inferior vena cava in the heart also. Though laparoscopic method is less expensive and poses less risk of death, still it is considered as an option only for removing small tumors. Palliative nephrectomy is done for patients to give relief from symptoms of malaise and intense pain. 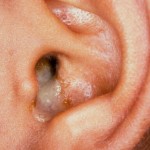 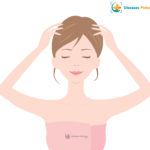 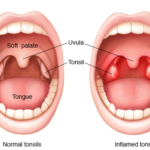 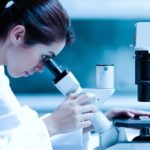