Rheumatoid arthritis is a long-term inflammatory disorder that affects the small lining of the joints in your legs and hands. The major symptom of this disorder is swelling of joints in the knees or hands which can cause severe pain and stiffness. Exact cause of this disorder is not known, but hereditary and environmental factor can trigger this disease. In rare cases it can affect the joints of eyes, lungs or blood vessels. Rheumatoid arthritis is more common in women than men and usually it begins after 40 years.

Some of the signs of rheumatoid arthritis are swelling of joints in knees and hands. It can cause morning stiffness and the symptoms may improve as time passes. The joints can become tender and warm and for some people it can cause firm lesions or nodules in the tissues under your arms. It can cause extreme tiredness and fatigue.

Initially the joints of the fingers are first affected in rheumatoid arthritis. As the disorder progresses, it affects the joints of knees, elbows and hips. Often, both sides of the body are affected in this disorder. The symptoms of arthritis may range from mild to severe and there are periods or remission and flares. It would cause pain when there is swelling of joints which is called period of flares and if the pain disappear it is the period of remission.

Exact reason for rheumatoid arthritis is not known. It is believed to develop due to defect in the immune system which by mistake attacks the soft lining of membranes of the joints leading to inflammation. The portion of synovirum gets thickened destroying the cartilages of bones in the joint which eventually makes the joint weaker causing distortion of shape leading to severe pain.

It is considered to develop due to genetic factor also since what exactly triggers rheumatoid arthritis is still a question. It can occur due to combined influence of environmental and genetic and harmonic factors. Some experts believe that virus or bacteria can cause infection leading to swelling of joints.

Anyone can develop rheumatoid arthritis. However it is more common in women than men for reasons unknown. Old age can weaken the immune system triggering the symptoms. People above 40 or 45 years, particularly women are more prone to get RA. An individual with family history of rheumatoid arthritis have increased chance of developing the disease.

A person with RA becomes prone for developing osteoporosis since the disease weakens the bone. In severe cases, if the arthritis affects your wrist joints you are likely to develop Capital tunnel syndrome. In some cases RA can cause heart problems when the sac that envelops the heart develops inflammation. It may also cause lung problems due to scarring of tissues of lungs.

It is difficult to diagnose rheumatoid arthritis in early stages. Your doctor will look for the symptoms like swelling of joints and warmth over the joints. She may order for blood test to check if the erythrocyte sedimentation rate is increased which is indicative of inflammatory disorder. She may order for imaging tests like X-rays to get clear picture of the joints.

Rheumatoid arthritis cannot be cured, but the symptoms can be managed with medications. Along with drugs your doctor would advise you to take physiotherapy sessions to prevent further swelling of joints. In severe cases, surgery is done. NSAID drugs like Motrin or Advil or Aleve are given to control inflammation and to manage pain. You can also buy over the counter pain killers for managing mild pain.

In more severe cases, your doctor may give prednisone which belongs to corticosteroid group. This can cause adverse effects like increase in weight, thinning of bones and cataracts. Anti-rheumatic drugs DMARD like Trexall or Arava or Plaquenil are given to slow down the progression of disease. Sometimes the doctor may prescribe immunosuppressant like Imuran, Azasan, Neoral or Gengraf to block the immune system from attacking the synovium. TNF alpha inhibitors like infliximab or adalimumab or certolizumab are given to reduce pain and stiffness of joints.

You can get help from a therapist to know how to keep your joints flexible. But you need to do regular exercises to manage pain.

If the medications and other methods fail to reduce pain, surgery is done to repair the joints. This is the last option for people whose joints have been deformed and mis-aligned due to intensive swelling. Depending on the case, the surgeon would remove the parts of the joints that are totally damaged and insert a metal prosthesis or he would repair the tendons that surrounds the joint. Surgical fusing is done to realign the joint in some cases. 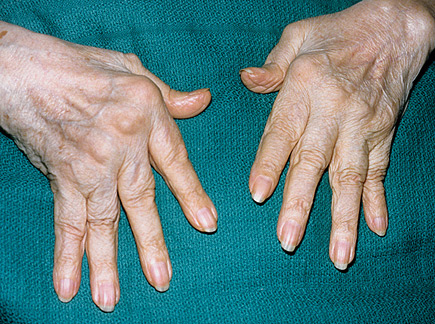 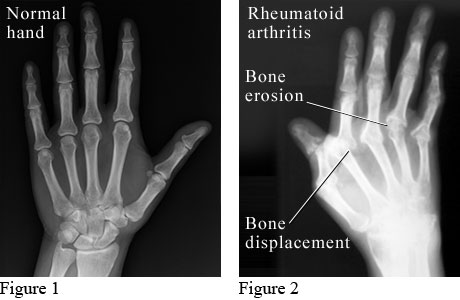 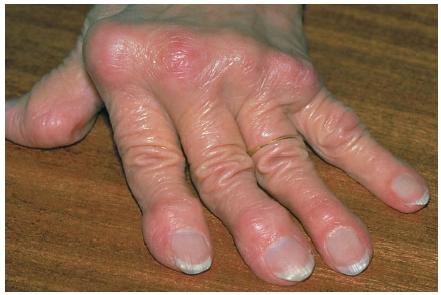 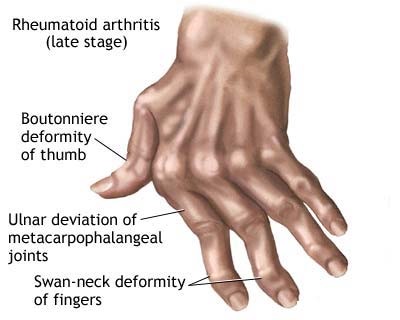 Changing your routine can give you relief from most of the symptoms caused by rheumatoid arthritis. Practice exercise regularly which is effective giving joint flexibility. Alternate hot and cold therapy can be used on the affected joints. You can gently massage the area using hot water bag that helps in relaxing the muscles. Similarly keeping ice packs on the joint is helpful in easing out the pain. Alternative approaches like taking plant oils and fish oils can help you in overcoming pain and stiffness, but there is no proof that they are effective in treating rheumatoid arthritis. 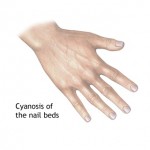 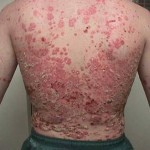 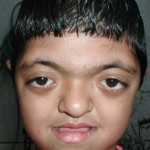