Septic shock can be defined as severe state of sepsis that follows sudden drop of blood pressure. It can be fatal and life threatening if not attended promptly. Blood pressure would reduce to very low level causing collapse of vital organs and death. Sepsis is a type of severe infection which would proceed to the next stage called septic shock.

Some of the signs of septic shock are very low blood pressure that makes one difficult to stand up, mental confusion and loss of orientation. The patient may not be able to tell the date or time of the day due to mental imbalance caused by reduced blood supply to the brain. The affected person can develop nausea, vomiting or diarrhea. The skin may become pale and blue due to loss of blood. If not treated immediately, the person may collapse and die within minutes.

Severe form of infection left untreated for long can cause sepsis which would proceed to next stage called septic shock. Viral or bacterial infections are the major cause of sepsis and septic shock. Lung infection or pneumonia, urinary tract infection and severe type of skin infection can lead to sepsis and septic shock. Once the bacteria and other micro-organisms enter the body it would grow and multiply. Large amounts of toxins will be released by them that would destroy the body’s cells. If left untreated, toxins would destroy the walls of tiny blood vessels resulting in leakage of fluids.

When this happens in the blood vessels of your heart, it may affect the normal function of the heart considerably. The heart may not be able to pump oxygenated blood in required quantity. This in turn would cause depletion of blood for vital organs like kidney or liver or brain resulting in very low blood pressure. This condition is known as septic shock during which giving intravenous fluids for increasing blood pressure may not help the patient to recover.

People with lowered immunity, people with chronic diseases like lupus or arthritis and people with autoimmune disorders like HIV or cancer are more prone to develop infection that can lead to septic shock than others.

The condition of septic shock can be easily diagnosed based on physical symptoms of the patient. The doctor may check the blood pressure of the patient that can be very low crossing dangerous levels.

Emergency treatment is to be given for septic shock. The patient will be put on artificial respiratory machine and IV fluids will be started immediately to restore normal blood pressure. Based on the critical condition of the patient additional treatments and life supporting devices may be attached. Oxygen therapy will be started either by attaching a tube directly into the nose or through a face mask to improve the symptoms of breathlessness. For some people, ventilator machine is attached to the system to do the task of lungs.

Medications like vasopressors are given through vein so that blood pressure can get back to normalcy. The functions of other vital organs will have to be restored shortly by giving suitable drugs through IV. Antibiotics will be started to destroy the bacteria completely. The doctor and his team would inject suitable antibiotic drugs once the blood test results are known and type of bacteria has been identified. In rare cases, surgery will be done to remove the dead tissue of the organs that are completely devoid of blood.

One cannot say for sure that the patient will recover completely from septic shock. The chance of survival depends on the intensity of shock and damage caused to vital organs. Emergency treatment is absolutely necessary for septic shock. 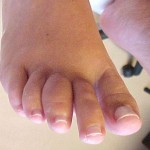