Skeletal system is made of bones and connecting tissues like ligaments, cartilages and tendons. An infant has 270 bones during birth and some of the bones join together as he grows. An adult human body is made of 206 bones in total which gives support to the body and helps in flexible movement. Living beings equipped with internal skeletons or backbone are called vertebrates. The skeletal system of a man and woman are more or less the same except for small changes in the reproductive system. The pelvic region of a female is larger and more rounded in shape than of a man.

Anatomy of a Bone :

A bone has a tough outer layer and a spongy inner layer which is flexible. Bones also contain jelly like substance called bone marrow which is responsible for the producing new blood cells. The skeletal system is made of two parts namely the axial and appendicular skeleton. The axial skeleton includes the skull, vertebral column and the rib cage. The appendicular skelton contains 126 bones which includes upper and lower limbs, pelvic region and the pectoral girdle. Teeth also forms part of skeletal system and are made of enamel and dentin. 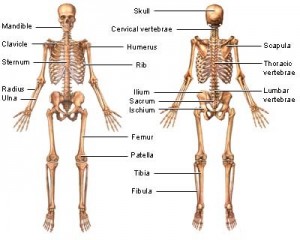 Bone performs several vital functions of the body including giving support and protection to the body. It is the skeletal system that binds the body together by offering biggest support. Without bones our body is just a bundle of skin and guts. Skeletal system offers protection to the internal organs of the body. Vital organs like heart, lungs, eyes and brain are protected by the skeleton. Your brain and eyes are well protected and kept inside the skull (cranium) and it is the ribs that enclose your heart and lungs and backbone offers total protection for the spine. Bones also helps in giving flexible movement for the muscles and in this respect tendons are to be given credit.

Based on the symptoms, your doctor would request for imaging tests like X-ray, CT or MRI and bone density tests. In case of suspicion of bone cancer, bone marrow biopsy is done and tested in the lab.

Diseases of skeletal system can be broadly divided into 3 major sections.

Bones may be badly damaged either by birth or by disorder causing significant difference in normal shape of the body. Kyphosis is one of the kind of deformity in which the spine would curve outside in excess causing hunching back. Lordosis is a condition in which the spine is curved inward which normally occurs in cervical spine and lumbar spine. This condition can be caused due to faulty sitting posture or by disease. Scoliosis is marked by sideways curvature of the spine which is often present by birth or sometimes due to acquired abnormality in the muscles or nerves.

In this type bone is either partially or completely damaged due to diseases and disorders like arthritis, osteoporosis, and gout and bone cancer.

Arthritis can be described as swelling of joints that reduces flexibility in movement. This may involve more than one joint and it causes redness and intense pain on the affected area. Arthritis can be of many types affecting one part or many parts of the body.

In this type the underlying cartilages and joints of the bone would suffer from wear and tear leading to changes of the inner bone structure. This can develop due to trauma, injury and obesity which would exert high pressure on the joint causing inflammation. The joints surrounding the bone become rigid causing restricted movement. Overweight people are likely to develop osteoarthritis early particularly on the knee bones and hip bones.

Every joint of the body is lined with soft cartilages which act as a cushion and each joint also contain synovial fluid which acts as a lubricant providing flexibility in motion. As one become older, these tissues would break down due to continuous wear and tear causing bone spur. Osteoarthritis can cause intense bone pain due to narrowing of joints. It can be managed by painkiller drugs and in severe cases steroid injection would be given on the affected joint at regular intervals.

In this kind of arthritis, the body’s own defense mechanism would attack the joints assuming it as a foreign substance by mistake. Immune system would persistently attack and damage the joints causing severe destruction of joints. You will be prescribed with suitable anti-immune drugs for preventing further damage of joints.

This is one of the most commonly occurring forms of arthritis targeting women largely. The joints become swollen, painful and stiff causing reduced movement or disability in movement. RA can develop at any age and many patients would have rheumatoid factor present in the blood serum. Rheumatoid arthritis is a painful disease which progresses over time affecting the supporting joints causing bone erosion. In some cases tendon would be ruptured leading to joint deformity.

This type of cancer can develop either primarily (directly on the bones) or secondary form (in which cancer cells would move to the bone from other parts of the body). Malignant tumor forms in the bone or in the supporting joints or tissues. Here abnormal cells are produced in large number which fuse together to form a tumor. This is primary bone cancer. In some cases cancerous cells metastasize (move) from other parts to the bone causing secondary bone cancer. 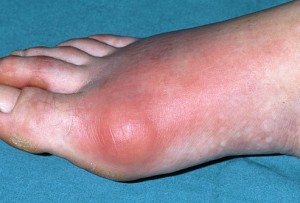 Gout is a condition caused by accumulation of excess of uric acid in the bloodstream which deposits unwanted salts (urates) in the joints of the body. Gout can damage the hearing capacity of the ears and in severe cases can affect the kidney functions.

This is a serious disorder affecting the synovitis causing damage to the bone. Osteoporosis is a common condition affecting old aged people and more in women than men. Bones tend to lose integral strength owing to reduction of mineral density. Hormonal imbalance and diet factor can also cause osteoporosis. In this disease, bones would become weak over period and are at increased risk of developing fracture even with minor injury.

This disease is commonly known as rickets which is caused by deficiency of vitamin D and calcium. This condition is common in childhood and affects those who are not including enough vitamins and calcium in their daily food. Bones would gradually become weak due to lack of calcium and loses its shape and are prone to fracture. Some of the signs of rickets are bone pain and severe muscle cramps. In serious cases skeletal deformity can occur.

This results from excess use of tendons causing pain and inflammation. Tendons are body that connects bones with muscle and are responsible for flexible movement. When tendons become weak due to wear and tear it can affect the bones directly. Parts of the body like wrist, elbow and knee can be seriously affected by tendinitis. Chronic pain can be managed by taking painkillers and inflammation by anti-inflammatory drugs. 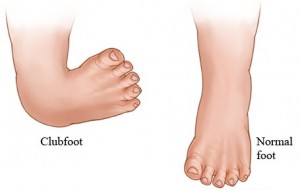 Clubfoot is a type of birth deformity in which one or both feet would bend inward instead of normal position. The child may not be able to walk normally and should depend on walkers or other devices. In many cases surgery is to be done for repairing it. 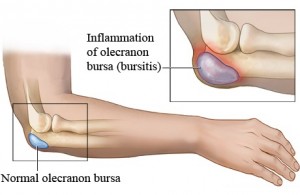 Bones are enveloped with the joints and muscles and there are small spaces around the joints that contain special fluid called bursa. These fluids like substance act as a cushion between the muscle and joints, tendons etc. But due to some condition excess of fluid would accumulate in the spaces exerting pressure on the nearby joints and tissues. This condition is known as bursitis which causes swelling of joints and pain. Bursitis can be managed by over the counter medications and complete rest. 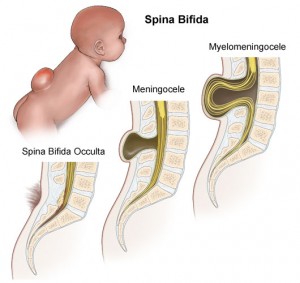 Some children are born with defective closure of the vertebral column of the spinal canal. This condition is known as spina bifida which may also lead to nerve defects. Such children may have difficulty in walking and also reduced control with bowel movements. This develops due to defective nerves which can also lead to reduced function of the bladder. 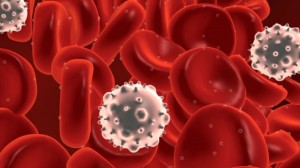 Blood cells are produced by bone marrow and in some cases white blood cells are produced in uncontrollable manner resulting in accumulation of mass of abnormal cells which will eventually cause blood cancer. In most of the cases there will not be any symptoms until the cancer causing abnormal cells have multiplied in numbers. It can produce warning signals like fatigue, pain in the bone, tendency to bruise easily, bleeding of gums and loss of weight which can be mistaken for aging process. Hence it is often difficult to diagnose leukemia in early stages.