Pregnant women and people with liver problems will very often have spider angiomas. It can develop both in adults and children. Prolonged exposure to sunlight may trigger formation of spider veins. It is also believed that this disease occurs largely on fair complexioned people. But the disease is not carcinogenic (cancer causing) in nature.

The exact cause of spider angiomas is not known. Some are of opinion, that use of steroid medications for long time can cause spider angiomas. Hormonal contraception, liver cirrhosis, hepatitis infection and pregnancy is often cited as causes for this disease. For some people, it may be passed on by the parents. And it can be influenced by allergic reactions. Further it may form because of trauma or injury on the nose and cheeks area.

Formation of lesions on the blood vessel is one of the important sign of this disorder. The lesion will be like a red dot and the same will disappear when pressure is applied and it would again appear on the surface of the skin when pressure is released. These red spots are seen widely on the face and neck of the affected person.

Very often, there will not be any prominent symptom for this disease. But the signs depend on the location of the spider infection and its intensity. Some of the common signs of angioma are birthmarks, portwine stains, strawberry marks and stroke bites. 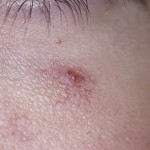 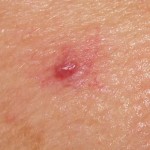 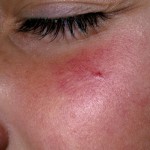 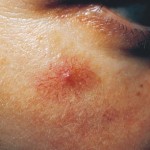 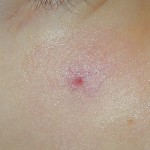 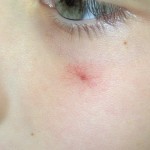 Treatment is not required for spider angiomas since it will go away after some time. However some people will prefer to have cauterization or laser treatment for cosmetic purpose. The therapy is difficult and expensive also. For some people, angiomas may bleed which requires to be corrected by electro dissection method. A sharp electric needle is used for cutting the skin which in turn stops the blood vessels that cause lesions. However it leaves a scar on the affected area after treatment.

Liquid nitrogen is used for treating angiomas in cryotherapy. In rare cases, radiosurgery is done for removing the lesions carefully. For most of the cases, the disease is asymptomatic and resolve on its own, without requiring any treatment. If pregnant women are getting angiomas, it will wither away soon after childbirth. In case, the angioma affects the liver severely, it may lead to liver transplant surgery.