When there is interruption of blood supply to the brain tissue it causes death of brain cells leading to stroke. Brain tissue may get deprived of oxygen or food supply for few minutes causing serious complications. Stroke should be treated on emergency basis. It can be prevented by keeping the blood cholesterol and blood pressure under control. A stroke is also called as brain attack or cerebral vascular accident.

Two types of stroke namely ischemic stroke and hemorrhagic stroke are being recognized.

Very often stroke occurs suddenly and hence the symptoms are felt suddenly. The person may feel discomfort and appear to be confused. Difficulty in talking (slurred speech), double vision or loss of vision, trouble in walking, loss of memory and concentration, poor judgment, loss of balance or co-ordination, sudden numbness in arms, legs and even face and in extreme cases loss of consciousness are some of the symptoms of stroke.

For some people, a seizure or severe headache may occur followed by other symptoms. If the person shows any of the symptoms above, he should be moved to the hospital immediately. The more the delay in getting admitted, the more will be the damage done to the internal organs. For some individuals, there can be warning signs called transient ischaemic attack which are also called as mini stroke. The signs are almost the same for TIA but there is only temporary loss. TIA usually lasts for few minutes and there will not be any permanent loss. 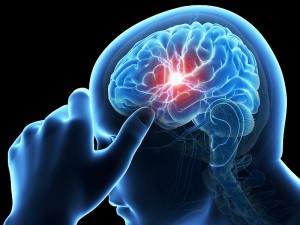 Stroke can cause permanent disabilities like paralysis, difficulty in talking, difficulty in thinking and concentrating are some of the complications of developing stroke. The intensity of brain damage determines whether the loss is temporary or permanent. For some people loss of muscle control over mouth can cause severe problem in swallowing or talking. They may also have great difficulty in controlling emotions and feel severe pain in some areas. In rare cases stroke can also cause changes in behavior by making the person withdrawn and depressed.

Once the person is admitted in the hospital, emergency team will work on him to find out the type of stroke that has developed. The doctor will collect the medical history of the patient from family members. He would physically examine the body checking his blood pressure and heartbeat.

To begin with, the person will be put on IV fluids and oxygen supply to prevent further damage. Aspirin is given for preventing one more attack of ischemic stroke. If your doctor suspect blood clot is the root cause of the stroke, thrombolytics are given intravenously to burst the blood clot. The dosage of aspirin or heparin will be decided by your doctor depending on the health condition of the patient.

Emergency treatment is to be given for preventing more damage inside. Blood thinners like Warfarin, Plavix or Aggrenox are injected. Tissue plasminogen is given intravenously through the arm vein for causing bursting of clot. In some cases a catheter is inserted into the groin to be threaded to the brain through which TPA is sent for assisting bursting of clot.

In some cases, carotid endarterectomy is done for removing fat particles from the carotid arteries through surgery. Angioplasty or stent procedure is done for removing the block in the carotid artery. In case of hemorrhagic stroke, emergency treatment is to be given for arresting bleeding. Intracranial pressure is lowered to prevent seizures and control internal bleeding. Surgery is done in some cases for removing the blood that builds up pressure inside the brain.

Surgical clipping or endovascular embolization will be done depending on the case. Rehabilitation is to be done following the stroke with the support of family. Recovery can take weeks or even months depending on the intensity of damage and area of the brain that has been involved. Physiotherapy is given for improving co-ordination, balance and muscle control. Speech therapy is given for improving language and for retraining facial muscles. The patient with swallowing problems will be taught new methods of feeding. Occupational therapy can improve day-to-day skills gradually. For individuals with right side of brain damage, movement will be partially lost on the left side and vice-versa.

Your lifestyle can change entirely when you have got a stroke. You need to cope with emotional issues apart from physical problems. There can be depression, frustration and helplessness. It can cause behavior change and reduced sex drive. You can get help by joining a support group so that you will know you are not alone. Individuals recovering from stroke should get maximum support from family.

You cannot totally prevent developing a stroke but you can reduce the risk factors by following healthy life. Manage your weight and blood pressure. Reduce the intake of salt and alcohol. Take regular medications to control hypertension. Stick on to healthy diet that does not contain saturated fat. Practice exercise or go for a long walk to control weight and diabetes. Avoid drinking and smoking habitually. Eat plenty of fruits and vegetables. Individuals who have already had a stroke should continue taking preventive medications like anti-platelet drugs and anticoagulants as per the instructions of the doctor. 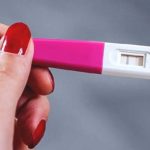 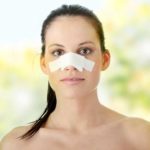 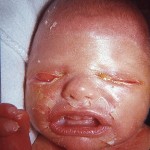 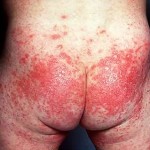