Trichotillomania can be simply described as “hair pulling disorder” where one gets the urge to remove the hair from the scalp or eyebrows on compulsion. Pulling of hair can leave bald spots on the scalp which may reduce the personality of the concerned person. People affected with this disorder will do anything to conceal the hair-loss. The range of disorder can be mild to very severe which can cause discomfort and stress for the concerned person. The reaction of pulling out hair is irresistible and can be overwhelming. This disorder can be treated with psychotherapy and medications.

The affected person will repeatedly pull his hair from the scalp or eyebrows or other parts of his body. It would cause increased tension for the person if the pulling action is stopped. He or she will be at comfort only after certain hair is pulled out. A sense of pleasure/relief will be achieved after pulling.

The concerned person will have thin hair or short hair on the scalp and other areas and for some the eyebrows would be totally missing. They will also bite/chew or eat the pulled out hair. Some people will retain the hair and engage in playing with it. Most of them will also constantly bite their nails and chew their lips resulting in bleeding. This action of “pulling hair” will be done in privacy and not in public.

For some people the action of pulling hair can be focused (pulling out right hair from exact place) or it can be automatic (without their realization) which can be involuntary. Trichotillomania is a chronic disorder and should be treated failing which the symptoms can become severe. And most of them will hide their problem and wear wigs or hats to cover the baldness.

Exact reason for “hair pulling” action is not yet identified. It can be due to hormonal imbalance, abnormal nerve signals that control emotions or habits. For some people depression can be the reason for trichotillomania. This disorder runs in families (genetic) or can be acquired due to environmental factors.

People who are born to parents with trichotillomania are at high risk of developing it. People of teenage group can develop this problem due to hormonal imbalance. For many people this action is related with negative emotions and they involve in hair pulling when they are stressed or under high emotion. Often, people with this disorder will get relief and comfort only if they pull out hair and thus it can become positive reinforcement as they continue to do the same action.

People with other mental disorders like depression/anxiety and obsessive compulsive disorder are more likely to develop trichotillomania. There is no complication physically for the affected person but it can affect their image in the society. They often feel embarrassed to mingle with strangers which can largely affect their performance at workplace. Many people affected with this disorder will avoid social situations or gathering to hide their problem. In due course, it can cause total hair loss and lead to infection.

No specific methods are available for diagnosing trichotillomania. Often, the person will not accept it and they may visit the doctor out of compulsion. The patient will be referred to a psychiatrist who can evaluate this problem by asking series of questions. He would try to find out if the person is affected with impulsive disorder by checking the hair loss in several areas of his body.

The person should have at least some of the following signs to be diagnosed with trichotillomania:-

Since this disorder is the result of habit formation due to positive reinforcement it has to dealt on psychological basis. Your doctor will refer to any psychiatrist who would assist you with psychotherapy methods.

Cognitive behavior therapy based on habit reversal method is employed for stopping this action. The person will be helped to identify his/her problem and will be taught other methods of controlling their anxiety or stress. Through relaxation techniques therapist will ease out his tension and gradually change his behavior. It is the unwanted thought that urges the person to pull out hair repeatedly.

The person will be trained on acceptance/commitment therapy to gradually control his urge. He/she will be asked to clench his fists for few minutes whenever he has an irresistible urge to pull out his hair. Medications of antidepressant agents are prescribed to control and manage intense urges. Drugs like SSRI group like clomipramine and mood stabilizing drugs like zyprexa can be prescribed. People affected with trichotillomania will feel desperate and alone due to hair pulling experience. They can find relief by joining a support group. 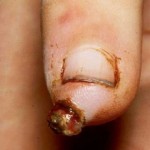 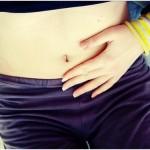 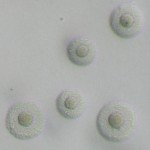