Tuberculosis shortly called TB is a serious disease that causes infection on the lungs. Bacteria are the main cause for TB which spreads easily through air or tiny droplets of cough that is released from infected person. Tuberculosis can be treated by taking right set of medications for months together. Tuberculosis still remains a concern in many countries across the world since the bacterium develops newer strains rapidly and hence become resistant to the available drugs.

Individuals with weakened immune system like elderly people and those affected with HIV are more prone to develop TB infection than healthy adults. If left untreated, tuberculosis can become fatal. Bacteria normally stay latent for many years in the body of the person and become active when the conditions are favorable. Hence it is necessary for every person detected with latent bacteria to receive complete treatment so that it will not become active.

Some of the common signs of tuberculosis are persistent cough, unusual tiredness, weight loss (unintentional), fever, chills, night sweats, and loss of appetite. TB attacks the lungs and causes infection. The affected person may cough blood in his sputum and he may have chest pain which may worsen while coughing or breathing.

For some people, the infection may spread to other organs like spinal cord causing intense back pain. For some others it would enter the kidneys causing bloody discharge in urine. Hence signs may vary significantly according to the organs it has affected.

Bacteria are the main cause for tuberculosis which spreads through tiny droplets of air. Any person with active TB can easily spread the infection to others. Whenever he speaks, coughs or even sneezes without closing his mouth he spreads millions of infectious bacteria into the air. Hence it is necessary for all diagnosed with TB to take proper treatment so that the infection will not become contagious.

Individuals with weakened immunity like those having HIV, diabetes, cancer (of any type), those receiving chemotherapy, those with kidney disease, those who are taking drugs for rheumatoid arthritis and those who are malnourished and finally those who are very young adults or old aged are at high risk of developing TB.

If not given proper treatment, TB can infect the cells causing death of tissues inside. It may affect the nervous system infecting brain causing meningitis or spine TB. Sometimes it may infect liver or kidneys and even heart thus becoming fatal. 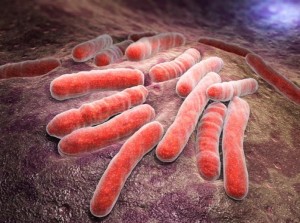 After completing the physical examination and collecting the medical history of the patient, the doctor would order for skin test. During this process the nurse would inject a tiny amount of PPD tuberculin into the skin of the forearm. It would cause swelling with raised bumps in that area, within 48 hours if the injected person has TB. However this test is not completely right. The results may be contradicting for many people.

The doctor would order for complete blood profile for detecting active TB in the lymph nodes. Examining the chest X-ray of the infected person will indicate several white spots on the lungs showing areas of infection. Further sputum testing is done on the laboratory which would also confirm the results.

Unlike many other diseases that get cured within short period, TB takes pretty long time to get treated. The infected person should take antibiotics for at least 6-9 months continuously. The intensity and term of treatment varies widely with the rate and extent of infection and how far the disease has progressed. Some of the medications that are prescribed for TB are Isoniazid, Rifadin, Ethambutol and Pyrazinamide. It is reported that supplementing the medicines with D vitamin helps the efficiency of treatment. However these drugs may produce unwanted side effects like loss of appetite, nausea, vomiting, jaundice like symptoms and mild fever.

Once you start with medications, it is necessary to finish the course of treatment, even if the bacteria become latent. There is every chance for getting recurring infection if someone stops the medicine abruptly. DOT (Directly Observed Therapy) therapy is a new method of treating TB in which the health care provider directly gives the medication to the infected person so that he never forgets or ignore taking it.

People who are tested for negative or latent TB should also take required medications as per the advice of the doctor. By doing this simple task, the bacteria remains completely inactive causing no longer infection to others. As soon as a person is detected with active TB he should be separated from family and workplace until such period that the infection is no longer contagious. It is necessary to stay alone in a room without mingling with others for the first few weeks of treatment. The room should be kept well ventilated so that it reduces the chance of bacteria from spreading.

Remember to close your mouth while coughing or sneezing so that it reduces the chance of spreading. People who are in close contact with infected people (like the nurse or doctors) should always wear a protective mask to prevent the risk of transmission. Complete the course of vaccination BCG in children so that they develop immunity for such deadly bacteria.