Undescended testicle is also called as empty scrotum or cryptorchidism in medical terms. This is a condition in which either one or both the testicles do not lie in its position (into the scrotum) before birth. Very often the infant’s testicles will start descending into the scrotum when he reaches 9 months.

But some infants who are born prematurely will face this problem and such babies are born with undescended testicles. Here the testicles fail to move into the scrotum or it takes time for its movement. Statistics reveal that almost 30-40% of baby boys (born prematurely) will have undescended testicles. However the testicles can easily be located by a pediatrician in the abdominal region.

It is caused due to genital abnormality in the boys. For all the baby boys the testicles are formed typically inside the abdomen during the development of the baby which would further descend into the scrotum before birth. In about 3-4% of the baby boys which are delivered after full-term of pregnancy is likely to have this problem.

The doctor can easily identify cryptorchidism by examining the infant during birth. In many boys the missing testicles can be located in the abdomen and in rare cases it can become non-palpable, if the infant lacks fully developed testicles during the stages of development inside the womb. A retractile testicle is another problem for some baby boys in which the testis is found retracted owing to muscle reflex.

Surgery is the option to push the testicles into the scrotum if it does not happen by other methods. This procedure is called orchiopexy and it is good to perform the surgery at the early ages of the boy, so that the testicles are not damaged. As one delays the surgery, it can cause other problems like growth of cancer and lack of proper functioning of the testicles. It may not work well in case the surgery is not done at early ages.

Why Surgery Is To Be Done Early ?

In case the testicles are not descended properly into the scrotum, it can get affected due to the high temperature of the body. It would damage the testicles’ growth later and may affect the normal production of sperm. The undescended testicles are prone to develop into a tumor in later part of life. It becomes vulnerable to injury if it is not located in the scrotum. Lastly, an empty scrotum can cause embarrassment to the growing boy.

During the process of surgery, an incision is made in the region of groin and testicles are located and brought down. Further it will be placed into the scrotum by fixing it properly. Many times, this surgery is performed on outpatient basis and there is nothing to worry about for getting this surgery done for your child. 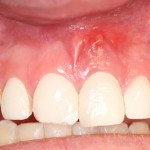 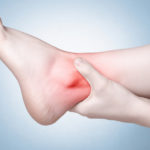 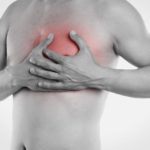