You are here: Home / Information / Is It Right To Have Unprotected Sex Before Periods? What Can Be The Outcome?

Is it safe to have unprotected sex before period to avoid pregnancy or whether it aid in pregnancy? Most of the people have either of the questions on their minds. To answer these questions one should understand women’s menstrual cycle. Uterine lining thickens every month or so and prepare for implantation i.e., attachment of fertilized egg to the uterine wall.

If fertilization does not take place, the reproductive system of a woman starts shedding the uterine lining during period by ending previous menstrual cycle and begins new one. Ovulation takes place on around 14th day after the start of menstrual cycle. The chances of pregnancy are the highest during the ovulation phase.

Is it right to have unprotected sex before period? What can be the outcome? Let us have a look.

Will You Be Pregnant If You Have Unprotected Sex Before Period?

The chances of pregnancy are extremely low if you have unprotected sex just before a period. A woman’s menstrual cycle is generally between 28 and 30 days. Usually ovulation takes place between day 11 and day 19 which is called as ovulation phase. Egg is available only for 12-24 hrs after release for fertilization.

The days after the 19th day are known as post-ovulation days where the chances of pregnancy are very low. If you move away from the ovulation phase, the chances of getting pregnancy are lesser. To avoid pregnancy the best time to have unprotected sex is before period. It is safest period to have unprotected sex. In some cases the ‘safest period or safe days’ lessens with shorter menstrual cycles and increases with longer menstrual cycles.

However, it is also important to know that the ovulation days often get delayed due to a number of health-related problems and even stress. Due to this, the post-ovulation days might turn into the ovulation days and you can get pregnant if you have unprotected sex. It is very difficult to know whether or not your ovulation phase is on time.

While having unprotected sex right before your period is generally considered safe, there are a few risk factors that one should know

How To Identify Safe Days To Have Unprotected Sex?

However, it is still not a 100% effective way to avoid pregnancy. Hormonal changes, health-related problems or hormonal changes can alter the cycle and delay the ovulation phase. Moreover, some women can also ovulate more than one time in a month. If you are unable to track this with 100% accuracy, you can get pregnant even when you have unprotected sex just before period. 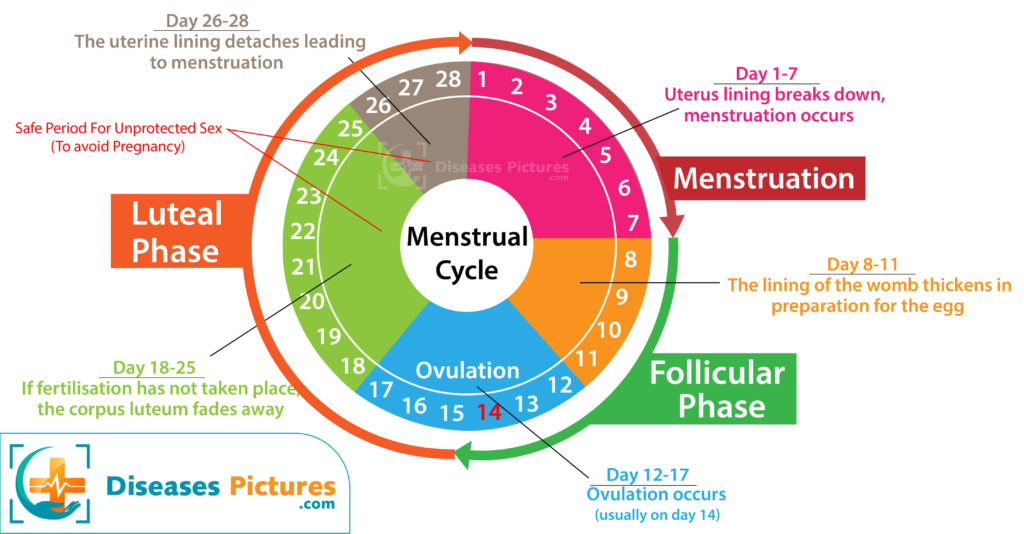 It is very common for ovulation to get delayed when the released eggs do not mature. This generally happens when the eggs are not of high quality which also means that you might have some kind of problems related to fertility. Hormonal problems are also very commonly responsible for late ovulation.

In a lot of instances, the hormone levels of a woman do not sync with the cycle of the eggs which significantly reduces the chances of getting pregnant. Even if the eggs do not get released for a lot of time, the uterus lining is unable to nourish the foetus. Also, if the sperm does fertilize the egg, the blastocyst won’t be implanted into the endometrium as the uterus lining is unsuitable for the implantation. Due to this, it will most probably be cleared along with the menstrual period.

Read more on Cramping After Ovulation 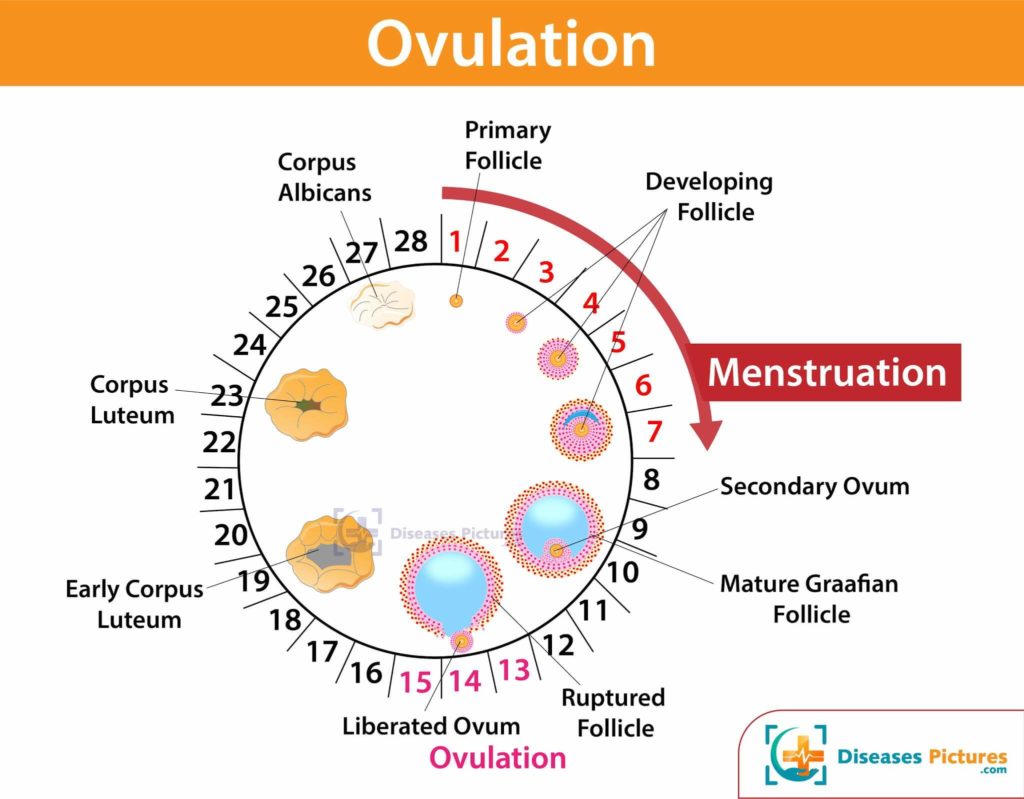 The chances of getting pregnant during period are negligible, however the chances cannot be completely ruled out. It is less desirable and messy to have sex during periods and it unlikely results in pregnancy. To conceive, sperm cell joins with egg cell and implantation should take place.

In a standard menstrual cycle of 28-days, ovulation generally begins in the second week. Ovulation phase is away from the periods, so it is less likely to have impact on pregnancy. During ovulation, the released egg remains in the fallopian tube for 1-2 days.

But in few cases menstrual cycle lasts 22-23 days, ovulation can start earlier and this reduces the duration between ovulation and menstruation. You can get pregnant with unprotected sex during this period of early ovulation as sperm can stay up to 3-6 days in the reproductive tract of women.

Ovulation begins soon after menstruation if cycle is short though you bleed beyond 4 days. So if you have unprotected sex when the period finishes, there is still a possibility that she might get pregnant. If you are highly fertile, bleeding takes place during ovulation called as ovulation spotting.

If you mistaken it as period and have unprotected sex, the chances of pregnancy would be high in such cases. It can be very difficult to accurately track ovulation as there are no solid symptoms for the same. This can get more difficult for women who have irregular periods. It is only with professional medical help that women can accurately know ovulation and late ovulation.

The chances of getting pregnant after having unprotected sex just before period are very low. However, there is no 100% guarantee that it won’t result in a pregnancy. So, if you don’t want to get pregnant, protected sex is the only option no matter if you want to have sex before, during or after a period.