Urinary tract infection or UTI is one of the most common infections affecting millions of women around the world. The infection can occur in the bladder, kidneys, small tube called as ureters and urethra. Often urinary bladder and urethra becomes the target for bacterial infection. More than 50% of women would have had UTI at some point of their life. It causes symptoms of burning pain while passing urine and frequent urination. UTI can be completely treated with medications.

Several factors and medications can trigger urinary tract infection. Very often UTI is caused by E. coli bacterium and Chlamydia. Bacteria enter the tract through vagina or through other sources and begin to grow in the bladder. Under normal condition, the body’s defense mechanism will fight and destroy the micro-organisms, but sometimes due to weakened immunity, bacteria can quickly grow multifold.

Bladder infection can occur when the bad bacteria from the gastrointestinal tract enters the bladder. Cystitis is the term given for bladder infection which can also be caused by sexual intercourse. Women’s anatomy increases the risk of cystitis due to the short distance between the opening of bladder and anus. Infection can easily spread from the anus/rectum into the vagina and travel towards the bladder.

Urethral infection is known as urethritis which can occur either from the invasion of bacteria within the body (from gastrointestinal tract) or outside the body through sex. Chlamydia, herpes and gonorrhea infections can occur by having sex with affected person (s). 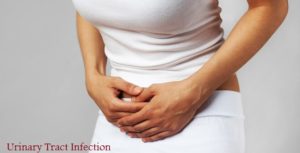 Read more on Blood in Urine

Based on the part affected, UTI can be classified into many types.

Your doctor may listen to your symptoms to decide on UTI in most of the cases. However, in some cases urine test can be ordered to check the growth of bacteria in the urine. In severe cases CT scan or MRI scan can be done to get exact picture of the urinary tract. For some people cystoscopy will be done to view the inner portions of bladder and urethra.

Generally, UTI can be treated and cured completely. But if left untreated it can cause some complications like partial kidney damage, repeated urinary infections, pregnancy complications and premature delivery of baby. In rare cases, UTI can cause potentially dangerous condition called sepsis shock which can be mortal.