Bile is a yellowish or green fluid produced by the liver and is stored in the gallbladder. Bile helps in the digestion of lipids breaking down fat molecules into fatty acids. Bile is made of cholesterol, bile salts, bilirubin, body salts and some metals.

Bile reflux is a condition in which the bile fluid produced by the liver backs up to enter the stomach and further enters the esophagus and mouth. Acid reflux is the term used for pushing of stomach acids into the mouth which causes heartburn. Bile reflux is not the same as acid reflux which can be managed by diet modifications.

Vomiting bile is producing green or yellow color vomitus which involves presence of bile. Unlike acid reflux, bile reflux or bile vomiting cannot be ignored since it needs medical treatment. Vomiting bile is accompanied with nausea in infants and the parents have to be careful in dealing such cases.

In adults also bile liquid is present in the vomiting in little quantities. Continuous vomiting after a meal can lead to dehydration and after sometime only water and mucus are ejected in the vomitus. Bile secretion will be at maximum shortly after eating a meal. In such cases if vomiting occurs repeatedly it may contain partly digested food particles along with mucus, bile and other enzymes.

The signs of bile vomiting are more or less the same like acid reflex. Very often two things happen at the same time. Yellow green vomiting or bile vomiting can cause upper abdominal pain, nausea, and heartburn.

The bile and other fluids from the stomach are sent back into the esophagus and food canal causing sour taste in the mouth. The vomitus would contain greenish yellow color fluid. For some people it can cause loss of weight if the vomiting is persistent.

Bile is secreted in the liver and the release of bile fluids is almost the same timing as you consume a large meal. Bile mixes with food and enters the intestine through the small opening of the pyloric valve. Sometimes the pyloric valve would not close fully pushing the bile back in the stomach.

Now the bile from the stomach reaches the esophagus due to the partial closure of esophageal sphincter muscular valve. This valve opens only to allow food particles inside the stomach but when it does not function properly, bile gets back into the esophagus causing heartburn. 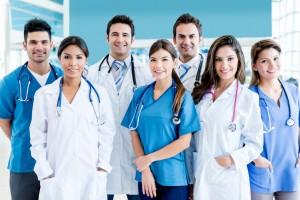 Greenish yellow bile vomiting can occur due to the following factors.

Your doctor may listen to the symptoms to identify the reflux problem. She may request for testing procedures like endoscopy to check whether ulcers are present in the stomach. Ambulatory acid test is done to confirm acid reflux problem. Alternatively esophageal impedance test can also be done.

The doctor would look into the actual cause of yellow green vomiting before starting the treatment. In case of intestinal blockage, surgery is the only option. For some people intestinal block is present during birth.

The surgeon would cut open part of the intestine and remove it to clear the deformity and blockage. Treatment for GERD and bile reflux includes prescribing antacids of strong dosage. In severe cases fundoplication ((which involves wrapping the fundus and joining it together with lower esophagus sphincter valve) surgery is to be done.

For gastroenteritis the patient should be careful enough to prevent dehydration. Antiviral medications are given along with drugs like prometazien to control vomiting. One should be careful not to take allergic foods and contaminated or undercooked food.

For people who have consistent bile vomiting ursodeoxycholic acid is prescribed which can drastically reduce the symptoms. Diversion surgery will be done for patients who have undergone gastric surgery and developed bile vomiting after surgery. The surgeon will create a new connection for drainage of bile fluids deep down the small intestine so that bile does not get pushed into the stomach.