Vulva is the soft skin tissue that surrounds the area of vagina and urethra, including clitoris. In other words vulva is he skin that engulfs the female genitals. Sometimes, there may be sores or bumps on the vulva causing itching which can be due to vulvar cancer. It can occur at any age but common in old aged women. Vulvar cancer can be treated and removed by surgery.

Some of the common signs of vulvar cancer are persistent itching on the vagina and its surrounding tissue, pain, occasional bleeding (not due to monthly periods), formation of painful lumps or sores in that region. For some women, the skin color would get darkened due to cancerous growth.

Exact reason of vulvar cancer is not known. But it is believed to be caused by defective gene mutation when old cells do not give way for newer ones thus forming tumor like cells. The cancer would begin as flat thin cells affecting the lining of the vulva which can be squamous cells carcinoma. Sometimes cancer can develop in the skin that produces pigment cells which is known as vulvar melanoma. 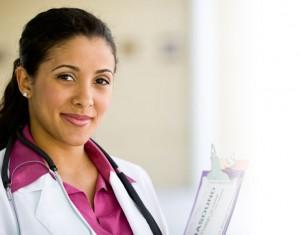 Vulvar cancer can develop in any age but is more common in old aged women (above 65 years) than others. Women who are sexually active have increased chance to get exposed to HPV virus leading to infection in the genitals. Prolonged infection in the vagina can become cancer. Women with autoimmune disorder are prone to develop human immunodeficiency virus called HIV which can increase the risk of getting vulvar cancer. Women with precancerous conditions like intraepithelial neoplasia on the vulva are prone to develop vulvar cancer but are very rare.

Your doctor will look for the above symptoms and examine your vulva carefully to check if there is any abnormal growth like lumps or sores on it. She may use colposcopy device for examining the vulva with magnifying glass. If required, she may do a biopsy by cutting a small tissue sample from the vulva region for testing it in the lab. She would then examine the pelvic region to find how far cancer has spread. To confirm the diagnosis you will be requested to do CT/MRI and other imaging tests necessary.

Like any other cancer the growth and intensity of the cancer causing cells is determined by the stage of cancer.

Surgery, chemotherapy and radiation therapy are the treatment options for vulvar cancer.

This can be done in different ways based on the extent of spreading of cancer. Radical excision is made for removing a portion of cancerous tissue along with a margin of healthy tissue. A local excision is made to remove the area of cancerous cells. Partial vulvectomy is a procedure in which portion of vulva is removed apart from the underlying tissues of cancer. Radical vulvectomy is one in which the entire vulva region is removed due to widely spread cancer on the tissues. In this surgery the clitoris and vagina are also removed.

Extensive surgery is to be done if the cancer causing cells has spread to the nearby tissues and organs. Pelvic exenteration is done for removing the entire vulva, clitoris and vagina in addition to the vital organs like rectum, lower colon and the bladder. In this case the cancer would have spread to the lymph nodes also. Your surgeon will create a small opening to expel the waste products in a pouch called ostomy.

In cases where the entire vulva region is removed by surgery, grafting of skin is done from other parts of the body to close the vulva region. This is called as reconstructive surgery. This surgery carries some risk of developing infection and causing discomfort to the person after the surgery. Such women cannot have sexual intercourse even artificial vagina is replaced in the surgery. In some cases if the cancer has already spread to the lymph nodes the surgeon would remove the lymph nodes in the nearby areas during surgery. After the surgery she can develop swelling of legs due to fluid retention.

In this method high energy beams are passed directly into the vulvar region to destroy cancerous cells. It has to be done by experts to pass radiation only on precise points of the skin. In some women, the surgeon would shrink the vulvar cancer through radiation so that cancer causing cells are totally destroyed. Often chemotherapy is combined with radiation method to get the best result.

In this method medications are used for killing cancerous cells. It is given in the form of venous injection or by oral pills. Chemotherapy is the ideal method for women who are in the final stages of vulvar cancer. 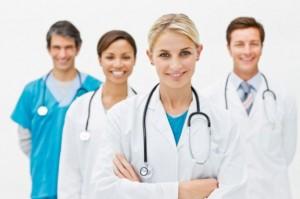 Once you realize that you have vulvar cancer it will be shocking and challenging to accept it. You need to gather lot of information about vulvar cancer and discuss with your doctor about the various methods of treatment options. Stay connected with your family and friends to share your feelings. You can get in touch with the support groups with the help of your doctor.

The only way to prevent vulvar cancer is to reduce the risk of developing sexually transmitted diseases. Don’t have sex with multiple partners and by doing so you are reducing the risk of getting HPV and any other infections like HIV. Practice safe sex and insist on wearing condoms. Young girls can get vaccinated for HPV. Go for routine pelvic exams to ensure that everything is right with your reproductive organs.