You are here: Home / Information / What is Lung Cancer

Among various types of cancers that are fatal, lung cancer is rated as number one deadly disease in many countries of the world. It is the most important factor that causes death of millions of men and women in the USA but at the same time it can be totally prevented. If you quit smoking (after smoking for many years) the chances of getting lung cancer gets reduced drastically. Cigarette smoking is the major cause of lung cancer and 4 out of 5 persons detected with this lethal disease are found to be smokers. Lungs are spongy delicate organs present in our chest that take up oxygen during inhalation and give out carbon dioxide during exhaling process.

Lung cancer is a dreadful disease that does not show any symptoms in early stage. People start getting first sign of lung cancer only after the disease has considerably progressed. Some of the symptoms of lung cancer are persistent cough (that does not settle with any medication), coughing up blood, shortness of breath, recurring infections in the throat, swelling of face or neck, hoarseness or changes in voice, wheezing, chest pain, sudden weight loss and loss of appetite. It is not necessary that all the above signs will be present in the same individual. The intensity of symptoms varies significantly from one person to another. Many people will have difficulty in swallowing food. 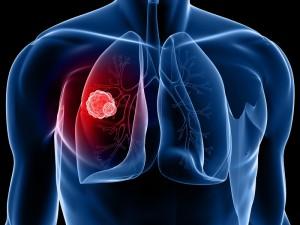 When to see a Doctor :

You need not have to wait for the first sign of lung cancer to appear to visit your doctor. If you are smoking for long and cannot resist the temptation of smoking then it is high time to consult your doctor.

More than 85% of the cases detected with lung cancer are smokers. Hence smoking is the primary cause of this fatal disease. For some people cancer (of any form) runs in family and hence it can be hereditary. A person who smokes one full pack of cigarette daily can develop lung cancer 20 times more than non-smokers. The cells of your lungs get damaged instantly when you smoke. Delicate lining of the lung tissue begins to get damaged due to the inhalation of carcinogen present in a cigarette. The body will be able to fix this problem in the initial stages. But with repeated exposure to smoke, the damage to the lung tissue becomes irreparable.

People who exposed to smoke (passive smokers) have increased chance of developing lung cancer. In USA alone, every year at least 3000 people who are second-hand smokers and those who are exposed to smoke die due to lung cancer. Family members of a man who smokes regularly are at 30 times more risk than non-smoking family. Those who are working in high risk pollution environment like that of asbestos dust or uranium dust, have the highest risk of getting lung cancer after some years. Scleroderma and infectious diseases on lungs can cause lung cancer.

Depending upon the appearance of cancerous cells lung cancer can be divided into 2 major types.

In severe cases, advanced lung cancer would block the air passage causing choking and shortness of breath. It can cause bleeding when the person coughs due to hemoptysis. Severe types of lung cancer would invade neighboring parts inside causing intense bone pain. 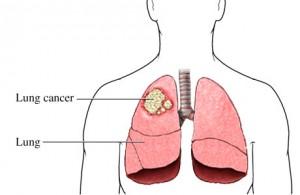 In case if your doctor suspects lung cancer or any tumor like growth in the lungs, he may order for lung biopsy to rule out any abnormal developments inside. Sputum cytology is done by examining the mucus to detect abnormal cells. Bronchoscopy is done for diagnosing the growth of lung cancer. The doctor would follow the path of lighted tube that is sent through your throat into the lungs.

Further a small incision is made beneath the neck for taking out tissues from lymph nodes. This sample would be tested under microscope for detecting cancer. Imaging tests like CT scan of the brain is done to find out whether the cancer has advanced till the brain. The doctor would thoroughly examine the patient and order for further tests according to the extent of pain the patient has.

Depending on the size of lung cancer and to the extent that cancerous cells has invaded other parts, the doctor would devise suitable plan for treatment. Surgery involves procedure like removing small section to large portion of the lung depending on the extent the cancer has spread. Wedge resection is the process in which small portion of the lung with tumor is removed. Lobectomy is the surgical procedure involving complete removal of one lung.

Lung surgery always carries high risk like internal bleeding and infection though this is the best choice of treatment for many patients. However only 20-25% of the patients are suitable for surgery and others would be in advanced stage. The rate of repair is almost 80% for peripheral cancers. However some patients would get recurrent cancer attack in other parts which can be fatal.

Chemotherapy is the procedure used for destroying cancer cells inside. The drugs are given intravenously through the major vein in the arm or sometimes medications are given orally. In many cases chemotherapy is used for getting relief from pain in advanced stage. Some of the medications used during chemotherapy are carboplatin, docetaxel, etoposide, irinotecan, tarceva, paclitaxel and vinorelbine.

Radiation is another method for treating lung cancer in which high powered rays of radiation are sent into the lungs for killing cancer causing cells. Many times radiation therapy is used after lung surgery for complete removal of cancerous cells inside. Laser therapy, photodynamic therapy, cryosurgery and radiofrequency ablation are also employed for destroying cancer causing cells.

To overcome the side effects of treatment methods individuals with lung cancer need palliative care. It has been proved that people receiving palliative care can have improved quality of life when compared with normal others.

When a person with lung cancer gasps for breathe it is necessary for him/her to stay relaxed. Increased anxiety and fear can worsen the situation. Finding a comfortable position to relax will help in overcoming shortness of breath. Stay focused on your breath and you should try to concentrate on the muscle movement in your diaphragm. 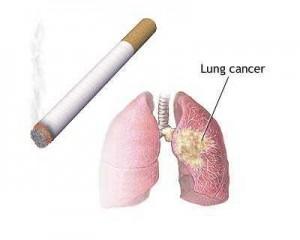 Number of other methods is used as alternative for this disease though it cannot cure it. Acupuncture is the process in which an expert practitioner would insert needles on precise points of the body for giving relief from unwanted side effects when you are undergoing chemotherapy or radiation therapy. Hypnosis can be used for keeping the person in totally relaxed state to reduce anxiety and pain. Similarly body massage can help people with lung cancer to overcome intense pain. Yoga and meditation techniques are highly useful to increase focus and facilitate deep breathing.