Myelin is the outer protective sheath covering the nerves in your body. When the body’s immune system gets affected it destroys this outer layer of the nervous system thereby disturbing the communication signals between the brain and other parts of the body. This condition is called as multiple sclerosis. It is a potentially serious disorder and the effect of this disease can cause irreversible damage to the nerves. People affected with multiple sclerosis may have difficulty in speaking and walking. In some cases, the disorder would affect the normal thinking ability of the person concerned. This disorder cannot be cured but the symptoms can be managed with medications and therapy.

Once the outer protective sheath covering the nerves is destroyed it exposes the underlying nerves. The body’s immune system destroys the nerves forming plaque like tissues on the brain which is known as sclerosis. Hence this disorder is called multiple sclerosis. The process of destroying the myelin sheath is known as demyelination. Once the myelin sheath is destroyed the brain cannot transmit the signals as before causing various problems.

Some of the common symptoms of multiple sclerosis include tingling sensation or numbness in the limbs, partial loss of vision/pain while moving the eyes, blurred vision or double vision, intense shock like sensation while making head movements, slurred speech, and difficulty in walking, fatigue, and lack of coordinated thinking, loss of balance, dizziness and extreme heat sensitivity.

Genetics play a role in causing multiple sclerosis since it can be inherited by birth. Research indicates that certain viruses like Epstein Barr and Varicella Zoster is likely to cause MS but this theory is not proved. What exactly triggers auto-destruction of myelin sheath is not known clearly.

A person affected with infectious diseases like Epstein Barr virus is likely to get multiple sclerosis. This disorder is common in certain geographical regions like Canada, Europe and northern United States. Similarly an individual with autoimmune disorder like diabetes or thyroid problem is more prone to get this disorder. In severe cases, the affected person may develop spasms, paralysis, and serious problems in bladder. Some people may develop forgetfulness and can develop depression or other mental health problems. 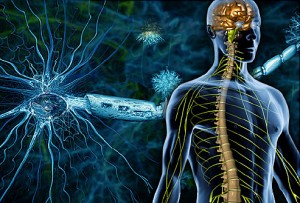 The doctor will conduct physical exam of the affected person and collect complete medical history from him/her. He may request for diagnostic procedures like blood test, lumbar puncture and imaging tests like CT/MRI scan for detecting any abnormal changes in brain caused by destruction of myelin sheath. Electrical signals transmitted by the brain is measured using evoked potential test to study and diagnose lesions or nerve damage in the spinal cord or optical nerves.

Multiple sclerosis has no cure, but the symptoms of the disorder can be reduced by medications. Drugs like Aubagio, Betaseron, Gilenya, Copaxone and Novantrone can slow down the progression of the disease. These drugs act by suppressing the body’s immune system thereby decreasing the attack on myelin sheath. Many people use these drugs to improve the quality of life and doctors would start with one of the above medications once the patient is diagnosed with multiple sclerosis.

You may not require any treatment if the symptoms are mild. Corticosteroids are commonly prescribed for decreasing the swelling that occurs during a relapse. Prednisone or methylpredinisolone are given depending on the intensity of symptoms. Plasmapheresis is a method by which certain volume of blood is removed from the affected person’s body. The removed blood cells are mixed with replacement solution for plasma exchange and the person is injected to the person again.

This method is highly useful for controlling the relapse in affected people. Beta interferons like Avonex or Betaseron are given to slow down the progress of symptoms thereby reducing the number of attacks. Some doctors use Copaxone in the place of interferons for blocking the immune system that attacks the myelin sheath. There are some side effects of these drugs and hence the health of the patient is to be monitored continuously after this drug therapy is started. Similarly Tysabril is also used for reducing the attacks and is recommended for people who cannot tolerate other drugs.

Immunosuppressant like Mitoxantrone is given to reduce the intensity of symptoms and attacks but this drug can be given only for severe patients since it can produce adverse effect to your heart. Physiotherapy is given for people for improve their walking style. It gives lot of benefit by doing stretching exercises daily for affected people. Ampyra is another drug given for improving the speed of walking but it can cause seizures. Baclofen or Zanaflex is given for reducing muscle stiffness on your legs. Fatigue can be managed by amantadine. The person affected with severe multiple sclerosis should be under the care of doctor continuously for monitoring any changes in bladder or stomach. Stem cell transplantation is done for many patients for injecting healthy stem cells into their blood.

Deep brain stimulation is a procedure used for treating people with tremors related with multiple sclerosis. In this method electrodes are placed inside the thalamus region of the brain for stimulating the affected part and destroying the inactivate parts of the brain. This method is advantageous when compared with surgery and the position of stimulation can be adjusted easily without conducting another surgery. The stimulator electrode can be switched off if the patient starts responding to other therapies. The tremor caused by this disorder can be managed by deep brain stimulation. Acupuncture is effective in treating the symptoms of muscle spasms and bladder related problems. Some remedy can be obtained by taking linoleic acid found in sunflower seeds. The patient affected with MS should maintain healthy balanced diet to prevent bladder control problems.

The affected person should get plenty of rest avoiding stressful activities. Doing regular exercises can be beneficial for controlling weight and improving muscle strength. Keep your body cool by running plain water on the wrists or (if possible) stay inside the air-conditioned room since the symptoms of multiple sclerosis may worsen when the body temperature rises. Practice yoga and meditation techniques and listen to music so that it gives you great relief from stress. 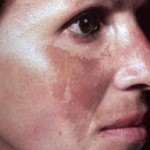 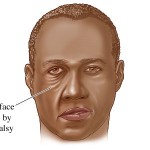 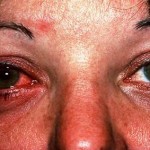