Williams syndrome is hereditary disorder inherited by the child by birth. There will be several complications like heart problem, delayed development and disability in learning for those children. But such children will be highly social personality with excellent verbal skills. They can make friends easily and will like to have more adult friends than with children of their age.

Williams syndrome is a very rare disorder affecting one in every 10,000 people. Many children will suffer from intense cardiovascular diseases like valve leakage and septal defects in their heart. It becomes a challenge to carry on with their routine activities due to marked deviation in intellectual skills.

Obviously the disorder is hereditary and passed on to the offspring by the genes. Some genes are deleted or missing in the fetus which leads to this disorder and other physical abnormality. A parent with WS has almost 50% chance to pass on the disease to his child.

A set of 25 genes are missing on the child and one among them is the gene that is responsible for producing elastin material which keeps the tissues stretched. Because of this, the child will have narrowed blood vessels and tissues making intense delay in development.

Initially the child will take time to talk few words due to delayed speech. There will be marked developmental delay and very often such children will have attention deficit hyperactivity disorder ADHD.

The physical characteristics of the child will differ from normal children. He or she will be short in structure with sunken chest. His fingers may look bent inward and his face will be unusual. His eyes may be bluish or green with small dots like pattern on his iris. His nose will be flat with upturned nose.

There may be long ridges on his skin and a thin line is seen clearly from his nose to upper lip. There may be skin folds present in the corner of his eyes. His teeth will be missing partially with defective enamels.

He will have problems in feeding due to reflux phenomenon. As the child grows, he will have learning disability and speech problems. There may be mild retardation in several children with WS.

However when they become adults, they will become prominent social personalities who take active part in social welfare schemes and other community service.

The doctor will look for the above physical symptoms. He may do complete blood profile for detecting the missing genes. For identifying heart problems echocardiogram is done in addition to chest X-rays.
Fluorescent in situ hybridization FISH test is done for detecting the deleted genes. 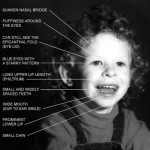 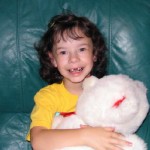 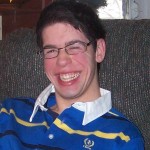 Since the disorder is of genetic origin there no treatment for Williams Syndrome. The doctor has to monitor the growth of the child and give necessary treatments for heart related diseases.

Repairing surgeries are done for correcting heart valve leakage and septal defects. Narrowed aorta will be corrected through surgery and for some children there will be narrowed blood vessel on the heart. There is chance for high pressure building up inside the heart and hence it is necessary to monitor the status of the heart.

If the disorder can be diagnosed in early stages, speech therapy can be given for the child to improve his verbal ability. Support is needed both from the social groups and from the parents for upbringing a child with such syndrome.

For treating hypercalcemia (increased calcium level) the diet should be managed along with taking oral medications.

Dental abnormalities can be corrected by effective cosmetic procedures. They will have wide spaced teeth which may require corrective surgery by orthodontic surgeon. In case of kidney problems medications and surgery is done.

Apart from doctors and medications, the child should also make use of speech therapists and physiotherapist and counseling for coping with demanding life pattern.