Wolfram syndrome is a single term used to describe collective disorders like Diabetes insipidus along with diabetes mellitus with optic atrophy and deafness. It is also shortly called as DIDMOAD disorder and is inherited by birth. The person affected with this syndrome would have diabetes plus optical problem and deafness but the intensity of the problem may not be the same for all individuals.

Since the disorder was first identified by Dr. Don Wolfram it is known after his name. Defective genes inherited by birth would affect some portion of the brain stem causing the above disorders. In addition to the above disorders, the affected child may also suffer from kidney problems and various neurological problems.

Initial symptoms are evident right from early childhood days. The child may have problems in vision and hearing.

Wolfram syndrome is autosomal recessive disorder caused by defective genes. In olden days it was believed to be caused due to abnormal function of mitochondria but later it was proved to be originating from dysfunction of endoplasmic reticulum (ER). It is the WFS1 gene also called as Wolframin that exactly causes Wolfram syndrome.

WFS1 Gene and its Function in the Cell :

It is a known fact that cell is the fundamental part of our body. WFS2 gene is an important factor for producing wolframin protein that controls the level of calcium in your cells. This protein is also present in various parts of the body like lungs, heart, bones, brain, liver and kidneys apart from its presence in the endoplasmic reticulum of the cell membrane.

ER (endoplasmic reticulum) does many function of the cell one of which is giving shape and regulating proper function. ER controls the newly formed protein (wolframin) and folds it several times to get the desired shape. Wolframin is believed to play vital role in the process of folding of protein which is subsequently distributed to various parts of the body.

This particular protein molecule wolframin helps in folding the protein responsible for secreting insulin, and helps in maintaining appropriate levels of calcium in your inner ear (that aids in hearing) and also causes loss of cells in the optical nerve leading to blindness. WFS1 gene undergoes mutations and causes Wolfram syndrome. Since the ER cannot function properly it causes apoptosis or cell death. These dead cells in the pancreas can lead to diabetes mellitus and the same loss of cells contributes for deafness and blindness also.

Children born with Wolfram syndrome cannot hear or see like other children. They are prone to develop high blood sugar in early childhood. A child with diabetes and deafness/blindness partially can be tested for Wolfram syndrome. Initial symptoms can be detected as early as 6 years. Blood test results are enough to detect diabetes and eye examination can reveal partial or full blindness. They may either have color blindness or peripheral vision.

It is difficult to treat Wolfram syndrome owing to many complications and being an inherited disorder. Wolfram syndrome is a very rare disorder and the intensity of symptoms is not the same for all affected children. Treatment is given based on the symptomatic presentation. Diabetes mellitus can be managed through early diagnosis through effective medications and insulin injections combined with sugar free diet and lifestyle modification. Pancreas may not be able to produce the required amount of insulin that leads to increase in blood sugar. Diabetes insipidus can cause loss of fluid accounting to dehydration and dryness. This can be managed with nasal spray like desmopressin acetate and also by medications and injections.

Optical atrophy cannot be treated and the children are taught to manage their daily routine through proper training. Loss of vision can be caused by loss of sensation from the optical nerves to the brain and also due to diabetic neuropathy. Loss of hearing can be managed by using hearing aids. Apart from the problems mentioned above, children with Wolfram syndrome can develop several mental disorders like depression/ADHD and neurological problems like epileptic seizures. In due course other organs like liver and kidney may also get affected. The rate of survival is low in such children with multiple complications. 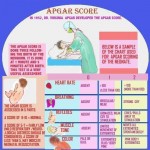 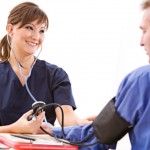 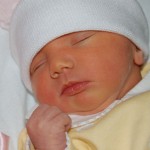