Not all the brain tumors are malignant (cancer causing) some are benign (non-cancerous). Generally malignant tumors grow quickly and progresses to brain and other parts. Even benign tumors need to be treated since it can exert pressure on the nearby tissues causing inflammation. Like any other cell of the body, malignant cells also absorb nutrients and blood and grow to survive occupying space in the brain or at the place where it forms.

As said earlier, brain cancer is of two types namely primary and metastatic. As more and more cells begin to grow and multiply they form a tumor undergoing repeated mutation in abnormal fashion. The cells lose its original characters giving rise to mass or tumor.

Exact cause of brain cancer is not known. It is believed to occur due to combination of multiple factors like genetic and environmental factors. Over-exposure to radiation on the head, persistent smoking and drinking and having immune-compromised diseases like HIV/AIDS increases the chance of getting brain cancer. It is still a mystery why certain people get brain cancer and others not.

At present there has been an increasing concern over cell phone usage and whether it would cause brain cancer. Many websites and media were discussing about this issue. Following this, the International Agency of Research on Cancer included “cell phones” in the list of items that are carcinogenic. However no concrete evidence is available to correlate cell phone usage and brain cancer.

Most of the time, brain cancer are asymptomatic until they are fully grown and advanced in size and intensity. There are no specific symptoms related to brain cancer and the sign of brain tumor matches with that of other diseases also. Tumor that has formed in the brain can exert pressure on the nearby tissues causing inflammation and swelling of brain. This can produce symptoms like headaches, seizures, difficulty in concentrating and weakness. The symptoms are not the same for all people with brain tumor. Some people may have problems in walking and changes in mood, changes in vision and difficulty in speech.

The level of alertness and memory may alter in such persons and there can be gradual change in his/her intellectual capacity. The above signs do not occur all of a sudden and often they develop gradually and it is possible for many people to relate these symptoms to other illnesses. In rare cases the symptoms can develop suddenly requiring immediate medical attention.

These are some factors for consideration to indicate that something is seriously wrong in your body.

If you have any or some of the above signs (without any specific cause) you need to get your health examined by a neurologist, without delay, since it can be due to developing brain tumor.

Based on the symptoms, your doctor would order for imaging tests like CT/MRI scan of the brain. The results would give accurate picture of the brain tumor including its growth and staging. Biopsy is often done by removing tumor sample to test it in the lab. Surgery is to be done for biopsy test wherein the surgeon would make a tiny hole on the skull to insert a needle through which small tissue sample of the tumor is removed. This procedure is called sterotactic biopsy. In addition, your doctor may request for other tests like blood analysis, electrolyte tests and liver function test.

Your doctor/surgeon would consider several factors like your age, size and type of brain tumor and its stage before deciding on treatment. Surgery, chemotherapy and radiation are often used for treating brain cancer.

Skull is often fully opened if the tumor is big in size and malignant. The entire tumor cells can be removed in this process. Excess secretion of cerebrospinal fluid would be drained off through a shunt. Your surgeon would have to determine whether the patient is suitable for surgery.

High powered energy rays are used in radiation method. People who are not fit for surgery would be considered for this approach. Radiation can be given externally from a source wherein the beam penetrates the skin and into the skull to destroy cancerous growth in the brain. Radiation therapy is usually repeated for several days to get the desired result. For some people, radiation is given internally in the form of implant wherein tiny capsule is placed well inside the tumor which releases high powered energy beam to destroy the tumor.

Medications are given either orally or by injection shots in this method. Chemo is often done in cycles starting with intensive treatment followed by resting which would be repeated for weeks together. One or more therapies are often combined with surgery to get the best result. Follow up is absolutely necessary in all cases to prevent recurrence. 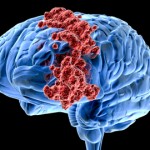 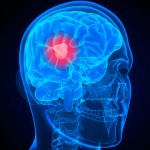 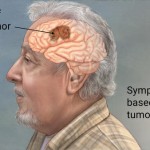 Side Effects of Brain Cancer Treatment :

Any cancer treatment is not without side effect. Brain surgery can cause swelling of brain and seizures. Some people may develop change in mental status and reduced brain function after the surgery. But not all the people undergoing surgery develop side effects. In chemotherapy and radiation method, the drugs given for killing cancerous cells can also destroy healthy cells.

Strong medications can affect the function of vital organs like kidneys. Another great disadvantage of chemo is impairment of immune system which in turn would make the body prone to many infections. Other minor side effects of chemotherapy are hair loss, nausea, vomiting and fatigue.

If the cancer is in early stage and the patient is of young age then the prognosis and rate of survival is high and vice versa. Given with improved medical techniques and expert team of doctors, the prognosis of brain cancer is getting better and better.