Unlike many people believe, common cold is not caused when one is exposed to cold weather. It is caused by virus and hence antibiotics will not help in managing common cold. Over the counter antiviral medications are useful for managing the symptoms. Often, common cold do not require any treatment and can be managed by lifestyle changes and home remedies. When a person gets common cold, his respiratory tract develops infection which would affect his throat and nose. Common cold does not spar anyone including infants, children and healthy adults.

Group of virus cause common cold and it can be anything like respiratory syncvtial virus, corona virus, para-influenza virus and much more. In medical terms, common cold is known as upper respiratory tract infection. More than hundreds of viruses are involved in causing common cold but often it is caused by rhinovirus.

How Does The Virus Spread ?

The viruses enter into your body through eyes, nose or mouth. Common cold is contagious and spreads through air. When a person with common cold coughs or sneezes he spreads millions of viruses immediately. You are likely to get common cold if you make hand contact with the affected person or by sharing objects with him/her. Inadvertently you may touch your nose or eyes after shaking hands with him and thus you can catch common cold. These types of viruses can survive on almost anything like mobile phones, pens, books and even on coffee cups for hours together until it gets transmitted to another person. Common cold is a frequent recurring problem for even healthy adults and is prevalent during cold months.

Some of the common signs of common cold are runny nose, sore throat, sneezing, coughing and congestion in the airway. Some people may develop mild fever, headache, watery eyes and mild fatigue while having common cold. The symptoms vary according to the type of virus that has caused the infection. It often starts as runny nose for many people and the mucus get thickened in due course discharging yellow or greenish phlegm.

You need to see a doctor if you have high grade fever with breathing problem. Children may develop complications like fever, dehydration and ear infection during common cold. Fever may persistently increase above 103 F for children and it becomes difficult for them to eat or drink due to loss of appetite. It can cause difficulty in breathing and for some vomiting and nausea is observed.

Does common cold spreads only during cold weather?

Common cold has no relevance with the weather (hot or cold). But during winter months people tend to spend more time indoors having close contact which exposes them to high risk of catching common cold infection. Even one child has developed common cold; most of the children spending time in day care are likely to receive the infection from the infected child.

People who have weakened immunity are more susceptible to common cold. For instance infants, young children and older adults have low immunity. Often children are not bothered about washing hands before eating anything and they do not cover their mouth while sneezing. As said earlier, people spend more time indoors during fall/winter and hence this season poses high risk for developing common cold. Complications like sinusitis, ear infection and wheezing may develop in children if common cold is not treated on time.

Your doctor will physically examine the body of affected child for the above symptoms. Often common cold does not need any lab tests since it is easy to diagnose the infection through common symptoms.

Antibiotics are of no use for treating common cold since it is caused by virus and not by bacteria. In reality common cold is not curable but the symptoms can be managed. Over the counter medications can give relief from the symptoms of common cold, but most of them have side effects. Pain relievers like Tylenol can give relief from headache and sore throat but you should not take this drug continuously. Avoid giving Tylenol to young children since it may cause liver damage. Aspirin should never be given to infants and young children though it is approved for children above 2 years. It may cause Reye’s syndrome and other complications.

Use nasal sprays if the child has developed runny nose or suffering from clogged nose. But remember you should not use sprays for long. Avoid giving cough syrups of any brand to young children since it produces no effect on common cold. Instead try using some of the home remedies which has no adverse effect. Common cold is self limited disease or infection which will resolve on its own after some time.

Many of the home remedies are helpful in relieving the symptoms of common cold though it cannot be cured. Always make sure that the child/adult who has developed cold drinks plenty of fluids. Give warm lemon juice or warm water to drink. Avoid taking caffeine and alcohol since it may worsen the symptoms. Warm water will help in clearing throat congestion. Chicken soup is effective in treating common cold. It is an excellent anti-inflammatory agent helping the body’s immune system to fight against infection. Soup also helps in clearing off the clogged mucus which would eventually run though the nose.

Take plenty of rest if you have cold. Stay away from school or workplace since it reduces the chance of spreading the infection. Keep your living room warm and in case if there is dry air, run a humidifier to moisten the air which will reduce coughing. Saltwater gargling is highly effective in managing sore throat. Saline nasal drops can be used for infants and young children for clearing the blocked nose.

By taking Vitamin C the symptoms of common cold are somewhat reduced. Some believe that taking Echinacea plant supplement can reduce the symptoms and severity of cold.

There is no vaccine for preventing common cold. You can keep your hands clean washing it frequently before taking food and after using toilet. If someone in your family has developed cold, keep their clothing and other objects separately (or they can use disposable items) since it can reduce the chance of spreading the infection. Whenever you are sneezing or coughing use tissues or cover your mouth using hands. Wash the hands immediately. 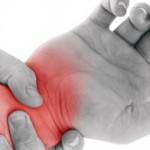 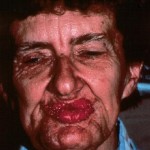 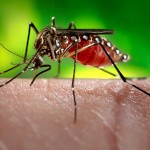 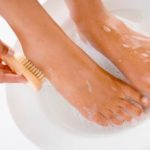 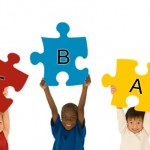