What Is Jock Itch ?

Jock itch is a skin infection caused by fungus which usually develops in the groin, buttocks and inner portions of the thighs. Tinea cruris, commonly called as Jock itch, may be observed as a group of rashes which may form a circular pattern in the affected area and is more common in males.

The fungi which cause jock itch are often normal flora, a group of fungi called dermatophytes which live on the skin without causing disease until immunity is reduced and therefore is not serious. 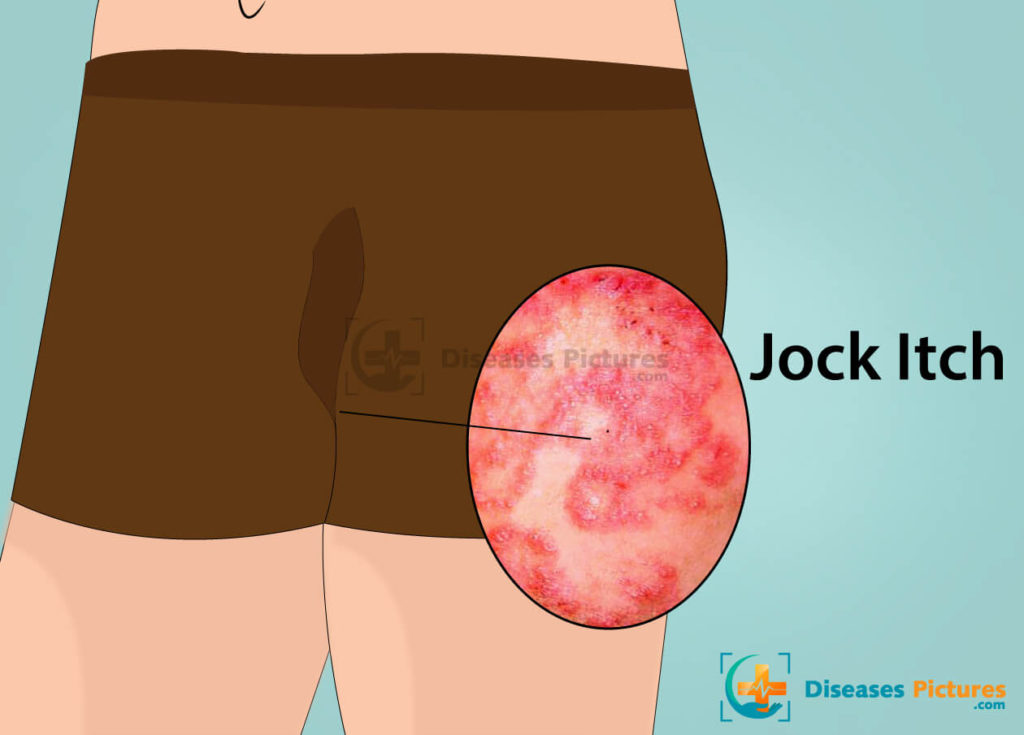 Jock itch is caused by dermatophytes, fungi which live on the skin and under normal circumstances cause no harm. When skin hygiene is not maintained, longer exposure to moisture make dermatophytes grow beyond normal limits which can’t be controlled by the body’s immune system. This permits them to start an infection which starts of as red rashes.

A group of factors may make some people more likely to get jock itch than others. These include:

Jock itch may be diagnosed by observing the nature of the rash including its shape and size, its location, its pattern. Doctor may take skin scrapings for testing which may rule out other skin conditions such as Psoriasis. Your doctor may also ask questions including but not limited to, when it started, how it started, and whether you have had it before.

Jock itch may be treated by over-the-counter antifungal drugs at first. If it does not respond, an appointment with a doctor is necessary,

What Is The Best Antifungal Cream For Jock Itch?

Different drugs may work differently for different people and other different conditions. There is usually no one drug that works for everybody. Furthermore, some people may be allergic to a given drug and may require an alternative.

The best drug for a given case of jock itch may be determined by your doctor depending on factors including severity, presence of other skin conditions or whether you are allergic to any anti-fungal drugs.

Hydrocortisone is a steroid and not an anti-fungal and may not work well unless it is prescribed by a doctor. Steroids may disrupt the body’s natural healing process and make jock itch worse, especially when used alone. It is not advisable to apply hydrocortisone cream on your own to treat jock itch.

Jock itch is not an STD and is not necessarily a sign of STD. However, you can become infected through body contact during sexual activity with a partner who has jock itch. Additionally, conditions which weaken your immune system make it easier for you to get infections; therefore, having a condition like HIV may lead to jock itch.