Thrombophilia is the process of abnormal blood coagulation that fairly increases blood clots in the blood vessels. Very often it occurs on people who have history of thrombosis. In this disorder, the blood will have an increased tendency to form more number of clots. Blood clots (in medical terms called “thromboses”) can block free flow of blood causing various issues like pulmonary embolism and vein thrombosis. This disorder is normally mild and many people who suffer from thrombophilia will not have any serious problem.

Thrombophilia is likely to be congenital (by birth) and is inherited from parents. It can also be of the type called acquired thrombophilia wherein the person will get this problem due to underlying medical issues. If the coagulant factors and chemicals are overactive, it can also trigger the process of blood clot.

Acquired thrombophilia is caused due to antiphospholipd syndrome developed by lupus anticoagulant and anti cardiolipin coagulant. All these are categorized under autoimmune disorder wherein body’s natural defense system will attack the healthy cells and antibodies. Hemolytic anemia can also trigger this disorder due to loss of red blood cells. Sickle cell disease in which there is mutation of hemoglobin can cause this problem. Cancer (metastatic) increases the risk of thrombophilia and similarly nephritic syndrome (protein discharge into the urine due to kidney problem) can also cause this disease. 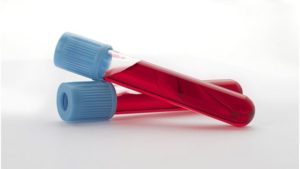 There would be excess of pain and inflammation on the affected part. Very often, thrombophilia will affect the legs causing venous thrombosis. Sometimes, the developed blood clot may move forward to the heart or lung causing complicated situation like pulmonary embolus PE. If this happens, there may be symptoms like shortness of breath, intense chest pain and increased heartbeat. If the person is not given any immediate treatment, he may get heart attack or he may collapse. There are rare cases of this disorder that can cause blood clotting in the liver, kidney or even brain. Blood clotting in the liver is known as Budd Chiari syndrome. It would also cause intense pain in the abdomen.

Arterial thrombosis is the process of development of blood clot in the arteries and if it occurs on veins it is called deep vein thrombosis. In rare cases, thrombophilia can cause heart attack, stroke and miscarriage. It may affect the normal development of the infant on pregnant women. Thrombosis can cause several complications in pregnant women like stillbirth child and abruption of placenta.

Your doctor will first identify how far the disease is serious and risky, before starting the course of treatment. He would consider various factors like your age, health condition, history of illness etc. Low dosage of aspirin is given to prevent blood clots that may cause miscarriage during pregnancy.

Anticoagulant therapy is given to reduce the thickness of blood which will alter the chemicals that cause the blood to clot. It starts slow down the activity of such chemicals thus reducing blood clot. Venous thrombosis is treated with this method. Anticoagulants like warfarin and heparin is prescribed for many people with thrombophilia.