Gastric ulcer is also called by other names like peptic ulcer, dyspepsia and duodenal ulcer. It affects the lining of stomach or the small intestine area (duodenum) forming sores. When the sores occur in the stomach it is called gastric ulcer and when it develops on the duodenum it is called duodenal ulcer. In severe complicated case, it may cause gastric obstruction and bleeding or even perforation on the stomach.

One of the common causes for getting gastric ulcer is infection caused by Helocobacter pylori bacterium. Many people who suffer from peptic ulcer will have this bacterium on their stomach or gastrointestinal tract. The bacteria affects the soft lining of the stomach which protects the strong acids from entering into the stomach. Once this protective lining is disturbed, it may develop into inflammation or swelling causing gastritis.

Very often, the infection affects only the fist lining of the stomach. In rare cases, the bacterium becomes powerful enough to drill a hole causing perforation which has to be attended immediately to avoid fatal consequence.

Smoking and drinking alcohol can induce the ulcer formation to some extent. Persons who are taking drugs like Ibuprofen, aspirin and other anti-inflammatory drugs frequently are under the risk of getting peptic ulcer.

People undergoing radiation treatment or chemotherapy and who are put on breathing machine are prone to get bacterial infection and ulcer. Zollinger Ellison syndrome is a rare disorder that may cause stomach ulcer.

Very often, mild form of ulcers does not show any symptoms except pain in the abdominal area. The intensity of pain also varies widely and for some there may not be any pain at all.

Some people complain of discomfort in digestion after taking their meals. There can be burning pain in the stomach sometime after taking meal. By taking an antacid you can get relief from this symptom. In most of the cases, ulcer is not recognized unless it is found out while checking for other disease.

Other symptoms of peptic ulcer are feeling of fullness, hunger drive for every 3 hours, discomfort in the upper abdomen and mild to moderate pain. The pain does not correlate with the severity of ulcer. For instance, some people will have intense pain for mild form of ulcer infection and others will not have any pain even with intense ulcer.

Your doctor will first examine your body and may ask you to do EGD (Esophago-gastro-duodenoscopy) Barium X-rays are done for checking the intensity of ulcer and how far it has affected your stomach and intestine.

In case H.pylori bacteria are present, you will be given proportion of several drugs to destroy it. These medicines will not only kill the bacteria but also keeps your stomach protected from further attack.

Two kinds of antibiotics like Clarithromycin, amoxicillin or tetracycline are prescribed for treating H. pylori infection. Some doctors prescribe omeprazole or lansoprazole. You need to follow the instructions of taking medicines continuously for getting complete cure.

People who are taking non-steroidal anti-inflammatory drugs repeatedly should take Misoprostol for protecting against ulcer infection. Surgery is done in case of severe bleeding that cannot be controlled over medicines or if the infection has caused a perforation on the stomach. 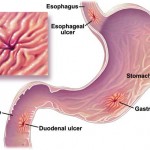 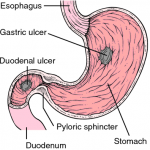 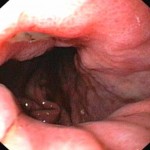 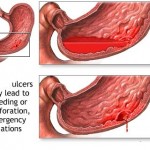 Ulcer infection may come back if you are not taking prescribed medicines for fixed period.

Reduce the intake of aspirin and Ibuprofen frequently. Avoid smoking or drinking alcohol and follow a healthy lifestyle.