In medical terms, sleeping sickness is called as “African Trypanosomiasis” which is caused by parasites that is distributed by tsetse fly. This disease is currently restricted to rural African regions and some areas of Saharan Africa. Each year, more than 10,000 fresh cases are being reported by World Health Organization and it is considered that more numbers go unnoticed. Sleeping sickness can be treated by medications.

How it is contracted?

People living in the regions of Central Africa and those who are frequently traveling to affected countries are prone to get this infection. Tsetse fly lives in the restricted areas of Africa and infects only selected population. Tsetse fly is abundant in the woodland and savannah regions of Africa. Hence tourists and hunters who are visiting that area are prone to get infection when bitten by tsetse fly. It is advised that visitors should not spend more time in the thick bushes and river-side since they have chance of getting bitten many times.

There is an incubation period for the parasite which is the interval between the bite of tsetse fly and the initial onset of symptoms. It can be anywhere from 1-4 weeks when the person is infected with East African trypanosomiasis and it can take months together for a person who is infected with West African trypanosomiasis. The symptoms of sleeping sickness include fever (mild to moderate), anxiety, dizziness, headache, loss of quality sleep, mood swings, feeling overly sleepy, excess of sweating, and fatigue. For many people the place (spot) where the fly bites will become red and swollen and may cause pain due to the formation of sores.

Once the disease progresses, it can cause serious symptoms like confusion of thoughts, changes in personality, slurred speech, epilepsy, and difficulty in walking. This occurs when the central nervous system gets affected. At this stage, the person should receive treatment immediately, failing which it can become fatal causing death.

When to see the doctor?

If you think you are infected with African trypanosomiasis or bitten by tsetse fly, having some of the symptoms above, you need to consult your doctor without any delay.

Your doctor will inspect the bitten area of the skin checking for painful sores or swollen lymph nodes. He would order for blood tests, skin biopsy and biopsy of the tissue from spinal cord. He will collect the fluid sample from the lymph nodes (known as lymph nodes aspiration) that become swollen due to infection. Once cerebrospinal fluid is collected, the lab technician would check for specific IgM level for confirming the presence of parasite.

The method of treatment varies with individuals depending on the intensity of the symptoms. Treatment should begin immediately if the symptoms are severe and medical reports confirm the diagnoses. Medications like Eflornithine, Pentamidine, Melarsoprol and Suramin are prescribed for treating sleeping sickness. Many patients will be hospitalized and put on IV fluids for arresting the growth of parasite inside the body. Follow up care and testing of spinal tap is necessary for at least 2 years if the diagnosis is confirmed. The infected person will not become immune to the parasite and hence he/she has every chance of getting infected again.

At present, no vaccination is available to prevent sleeping sickness. You can follow some of the preventive tips to avoid getting bitten by tsetse flies. You can avoid traveling to areas which are abundant with these insects. Use insect repellant creams liberally, wear long sleeved clothing that is thick. Do not use bright colored clothing since flies are attracted with dark/bright colors. In case you are sleeping in that area, use fool-proof netting. Avoid visiting bushy areas.

What happens when you are not treated?

Sleeping sickness can cause death due to cardiac arrest within 6 months, if the person is not taking treatment. The parasite will spread throughout the body releasing more of toxins causing heavy sleep and damage to the nervous system. The infected person may go into coma and eventually die. 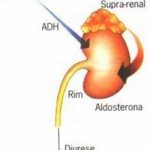 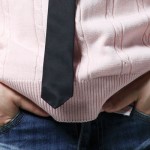