Bulimia in Greek is called ravenous hunger and nervosa means nervous, hence it means “nervous ravenous hunger.”  It is one of the many eating disorders which if not treated can be potentially a serious and life threatening condition.

A person suffering from bulimia nervosa binges on large amounts of food and then purges (vomits out) everything with the belief that this will help them to not put on weight. This cycle of binge and purge followed by diet becomes a continuous process.

What Is The Cause?

The exact cause is unknown. The two main causes are:

Biological :  Studies have found a genetic cause for bulimia. First-degree relatives, parents, children or siblings of patients may have this condition.

Symptoms of bulimia nervosa are,

What Are The Signs?

What Are The Complications?

Bulimia nervosa can lead to serious life threatening complications if left untreated. A person suffering from bulimia nervosa develops a low self-esteem, thinking always negative about his/her body image and in the quest for having that perfect body image which peers and society have set standards, may go into depression and become suicidal. The frequent binge and purge cycle may lead to dehydration and in turn affect the kidneys leading to kidney failure. It affects the heart causing irregular heartbeat called arrhythmia (due to dehydration). Dental complications such as xerostomia, dry mouth, sensitivity in teeth due to enamel erosion and bleeding of gums etc.

Treatment for bulimia is with psychotherapy and medications or combination of both.

This is very effective for teenagers or adolescents as parents are involved during counseling sessions.  Involving parents helps in controlling unhealthy eating habits in teenagers and also helps know the emotional state of their children.

Treatment for bulimia involves antidepressants like fluoxetine which is found to be very effective in controlling vomiting and also bingeing.

Attending support groups, meeting people suffering from the same helps to know that you are not alone, there are many people with bulimia nervosa.  Sharing your thoughts, knowing about others’ thoughts and how they are dealing with it helps a lot in overcoming this disorder.

About 45% patients fully recover, 27% of patients improve and 23% patients have a chronic (long) course.  Some patients may relapse later on in life.

Many celebrities have come out in public stating they have suffered from bulimia nervosa or other eating disorders at some time in their life.  They sought help from therapists and overcame the disorder.  Many people do not even know that they have an eating disorder until it becomes severe.  Getting help at right time, confessing with family and friends helps overcome the disorder and lead a happy life ahead. 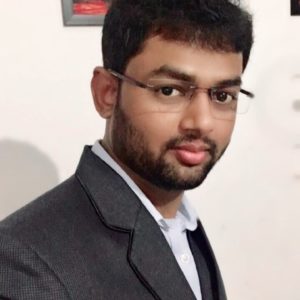