Hypoxia is different from Hypoxemia which is the condition of insufficient amounts of oxygen in blood. Hypoxia is the condition in which there is deficiency of oxygen that reaches the tissues. In short, Hypoxia is “low amount of oxygen” or “insufficient oxygen” which may be caused due to many factors. Hypoxia can be in generalized form (affecting the entire body) or in specific form (affecting only the tissues or specific organ of the body). Similarly it can be acute or sudden and can be chronic developing as a slow process.

The symptoms may differ depending on the intensity of lack of oxygen and on the duration of illness. Some of the common signs of hypoxia are dizziness, breathlessness, confusion, headache, rapid heartbeat, euphoria, tingling sensation on hands and limbs, partial vision, tunnel vision, lack of coordination, heightened blood pressure and cyanosis (blue coloration of lips and hands due to lack of oxygen). Not all the symptoms are present on the same person and affected individuals may have one or two symptoms.

Hypoxia can affect the functions of vital organs like heart, kidney and brain. In case of severe form of acute hypoxia, life threatening conditions like coma or death may occur.

Lung disease is one of the major causes of hypoxia. Lung problems like pneumonia, COPD, rheumatoid lung disease can cause hypoxia. It can also be caused due to increased altitude. People who travel to high altitudes can be easily affected due to low oxygen levels which in turn may cause nausea, fatigue and shortness of breath. Hence it is necessary to take rest and have lots of water to supplement the oxygen.

Sometimes the person may not be able to breathe enough of oxygen due to hypoventilation. In this condition, the brain may fail to send signals to lungs for taking in more oxygen. Such circumstances happen when the person is under the influence of anesthesia or stroke or choking.

Anemic hypoxia is caused by hemorrhage, general anemia and carbon monoxide poisoning. Hypoxia can occur due to edema (swelling due to accumulation of liquid) and any obstruction in the flow of blood to the heart. Severe case of poisoning like cyanide can cause hisiotoxic hypoxia. The cells of all the tissues are loaded with poisonous or toxic materials and impair their function severely.

People with intense asthma may need additional oxygen for breathing properly. A person exposed to high level of nitrous oxide is subjected to high risk of decreased oxygen supply. People with sleeping sickness like sleep apnea may develop hypoxia when oxygen flow is suddenly interrupted causing heart attack or stroke.

Reduction of oxygen supply to the brain or loss of supply can cause serious problems like brain damage or blood clots on the brain. Sometimes very low level of hemoglobin can also cause hypoxia. Smoking can seriously induce this disease apart from causing several health problems.

Your doctor may look for symptoms and may order for blood profile, ECG, chest X-ray, CT scan or MRI scan, depending on the condition.

Treatment lies in finding the underlying cause and removing it. For severe forms of lack of oxygen, artificial oxygen therapy is given. In rare cases, the patient will be put on ventilator or lung machine for pumping enough oxygen to the heart.

During mechanical ventilation, the patient is put under continuous positive airway pressure, thus increasing the supply of oxygen to the nasal passage. This should be given under close monitoring so that the airway pressure remains balanced.

Supplementary oxygen is given through oxygen cylinders or tanks. Nowadays portal devices are available to manage such problems. For some patients, blood transfusion is done with packed RBC cells. In this process, plasma cells are removed from the blood in the laboratory and packed RBC is transfused into the patient for increasing the oxygen supply.

Whatever may be the type of treatment, it has to be given in close medical supervision. The doctor has to find out the exact cause of the problem, before he proceeds with treatment.

Hypoxia can become fatal if it is very severe. In that case, it is necessary to take the person to the clinic immediately to put him on mechanical ventilation. The doctor will monitor the heartbeat and blood pressure continuously until he attains normal state. Plenty of fluids are to be given. In rare cases, the affected person may experience memory loss or amnesia before recovering completely from hypoxia. The brain should not be deprived of oxygen for long time failing which long term consequences can happen. 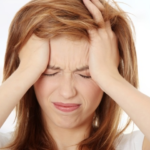 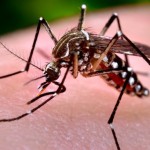 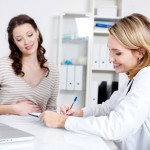