What Is Sleep Apnea?

It is quite common to see many people snore while sleeping. The first symptom of sleep apnea is loud snoring and feeling tired the next day. Sleep apnea is a serious condition in which breathing pattern gets interrupted having many stops/pause in between the session. Your breathing may get stopped for few seconds during the process of snoring. Since there is interruption in normal breathing pattern during sleep, the person may feel tired and sleepy the next day.

Sleep apnea in the above context can be defined as a serious medical condition that affects the breathing many times depriving the brain and other parts of the body from oxygen. It is nothing wrong if breathing gets stopped for few seconds once or twice during your sleep. But it can become life threatening if the breathing gets interrupted hundreds and millions of times while you are sleeping. This can cause vital damage to many organs including brain.

Who Gets Sleep Apnea?

It is popularly believed that only elderly people and that too overweight people develops sleep apnea. But it is not true. Sleep apnea is present even in children and people of any age group irrespective of their weight and structure. Statistics says that over 18 million people in America have sleep apnea disorder. Around 10-20% of children who snore loudly are seen to have sleep apnea. 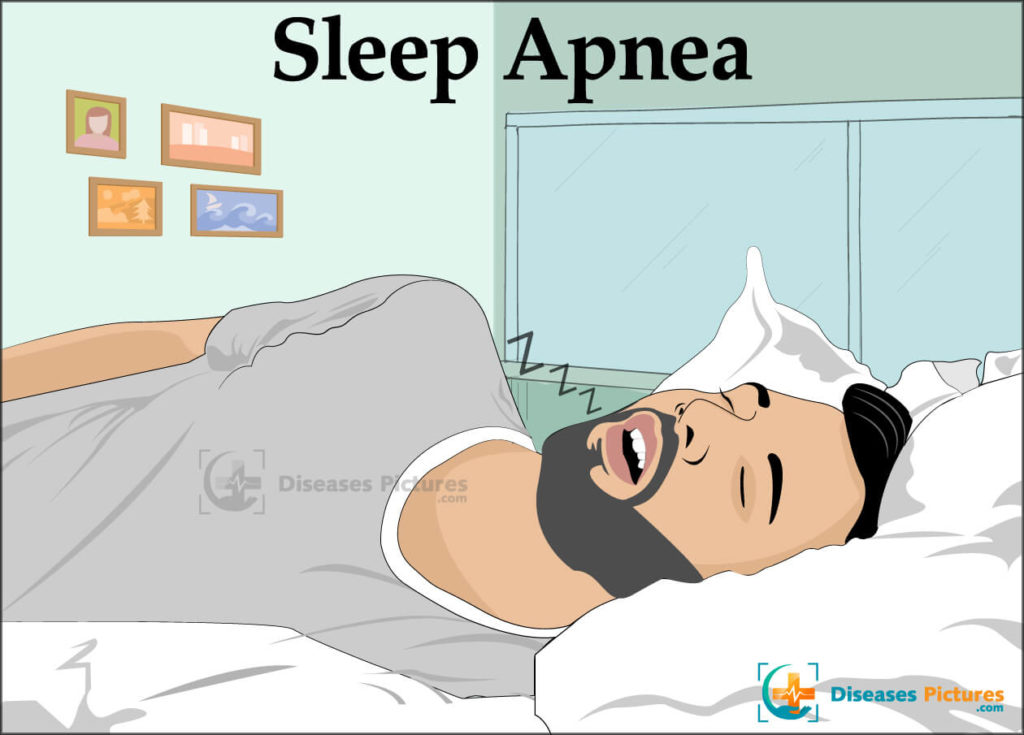 There are 2 types of sleep apnea. One is obstructive and the other is central apnea.

Obstructive sleep apnea is a condition in which the tissue at the back of the throat gets collapsed caused by blocked airway and central apnea is one in which the brain (due to lack of normal oxygen supply) fails to send signals to nerves and muscles to restore breathing. Central sleep apnea is more dangerous than the first one and it can be life threatening.

Can Sleep Apnea Kill You?

Yes. Medical practitioners believe that a person can survive for (maximum) about 6 minutes without oxygen. The brain can live up to 6 minutes without oxygenated blood supply and would die eventually if CPR is not done to restore the breathing of heart. Hence sleep apnea episodes (recurring frequently) can stop the breathing of heart and cut off oxygen supply to the brain leading to death. If your spouse/partner complains you of loud snoring you can always check with your doctor to prevent any complications.

What Are The Risk Factors That Trigger Sleep Apnea?

A person who is overweight, having loud snoring, having large neck structure, having big tonsils and having GERD (a kind of reflex disorder) is more likely to develop sleep apnea than others. Males are largely affected with sleep apnea when compared with females.

What Does Sleep Apnea Do To Your Body?

Sleep apnea need not always cause death or irreparable loss. Small intervals of interrupted breathing can induce hypertension, irregular heartbeat, any other heart problems, stroke, diabetes and even depression. Sleep apnea can leave you very tired and exhausted for the next day and people with sleep apnea can feel drowsy while driving, which can be dangerous.

Day time fatigue, poor concentration, mood swings and irritability are common in people with sleep apnea. In addition, sleep apnea can cause poor performance in school, workplace and daily activities which can damage your reputation.

What Are The Warning Signals Of Sleep Apnea?

When To See Your Doctor?

If you have any or some of the above warning signs you need to check with your doctor. You may still have sleep apnea even if you are not snoring loudly.

The Process Of Sleep Apnea

The throat muscles give support to the side walls, tongue, the tonsils and uvula (small tongue like structure that hangs inside your throat). When these muscles relax it closes the airway causing block in breathing pattern. Enough air is not sent to the brain and other vital organs leading to choking and gasping for breath.

Eventually due to lack of oxygen your brain senses some problem and rouses you from sleep which in turn reopens the blocked airway. This pattern of awakening and sleeping occurs several times (30-100 times) in an hour but you may not remember it. You are deprived of quality sleep during night causing daytime sleepiness. This process is known as obstructive sleep apnea which can become fatal if breathing stops for more than 6 minutes.

Depending on the warning signs and symptoms and tracking your sleep history, your doctor may refer you to a sleep specialist. He would further evaluate you with simplified home sleep test wherein specialized instrument is attached to your chest while going to bed, for measuring the heart rate, airflow and blood oxygen level. This machine helps in detecting sleep apnea and its kind.

Polysomnography is a precise test for monitoring the brain activity, your breathing patterns, and the heart function and primarily the oxygenated blood levels while you are asleep. This tool would record the sleeping pattern and interruption of breathing activity during the entire sleep which would be analyzed by the sleep specialist. Alternatively, you will be asked to stay in the sleep center in a separate bedroom. Before retiring to bed, you will be hooked to a specialized device for recording the sleep pattern.

What Are The Causes Of Sleep Apnea? 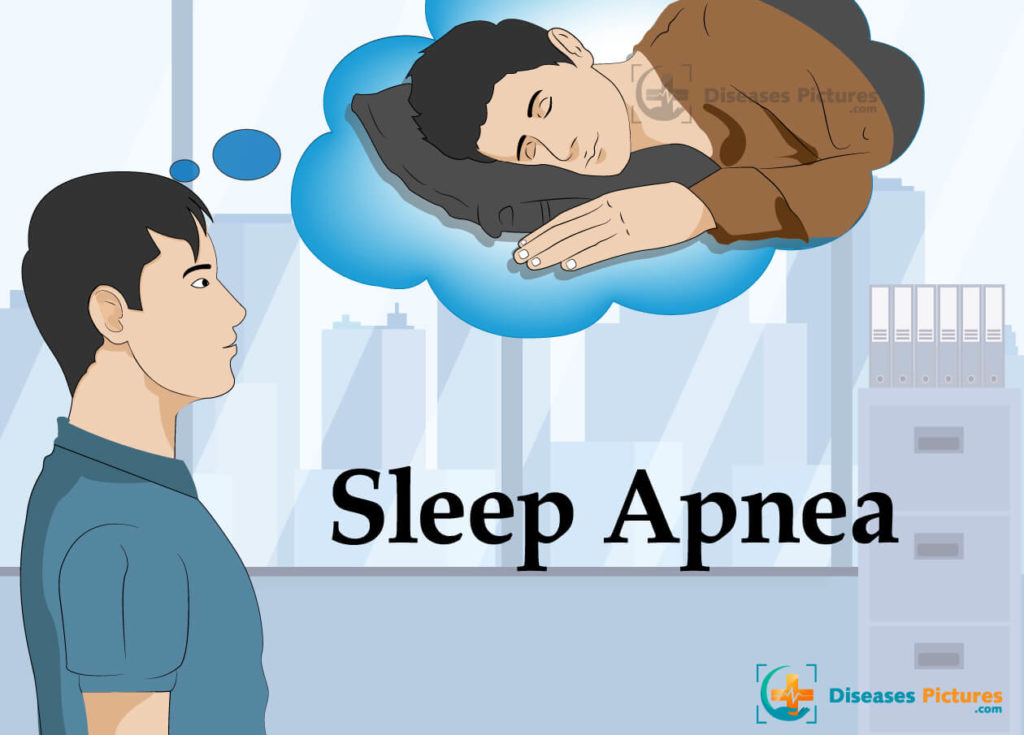 Sleep apnea is not a disease by itself but the symptoms caused by it are dangerous and should be treated. Treatment of sleep apnea ranges from making small lifestyle changes like losing weight or using a mask or therapy and even surgery in extreme cases.

For mild cases of sleep apnea, changing lifestyle and sleeping on sideways can bring in dramatic improvement. However for moderate cases wearing a mask/device/implant is necessary. Surgery is the last option for severe cases of sleep apnea and for people where physical correction is absolutely necessary.

You can simply change sleep positions like turning sideways while sleeping. People lying on their back are at increased risk of loud snoring and breathlessness. Hence changing sleeping pattern can help in improve breathing. Start sleeping on your side and you can see much improvement in getting quality sleep with reduced snoring. When you are sleeping on your back it increases the risk of relaxing the muscles on the back of your throat leading to reduced breathing. Many times you may roll on your back while sleeping and hence attach any vibrating device on your back that can push back you on the sideways while sleeping.

A small mask is tied over your nose that assures continuous oxygen supply thus preventing reduced breathing. Continuous positive airway pressure or CPAP is a device that delivers free flow of air without any interruption. This device gives guaranteed regular breathing since it keeps the airways open thus preventing relaxation of throat muscles. CPAP is commonly used mask for sleep apnea which gives enough air supply to your nose.

There are ways to adjust the straps to reduce the tension for feeling the mask comfortable and secure. There are various types of CPAP masks available in the market and it is for you to choose the right one.

You may feel awkward to attach a machine to your nose while sleeping and it can cause discomfort until you are used to it. If you are still snoring after using this mask, contact your doctor immediately to find alternative way for treating sleep apnea.

Your dentist can implant a special device on your teeth that helps in keeping the airway open while you sleep. This machine holds your tongue and jaw forward so that there is enough space at the back of your throat preventing relaxing of throat muscles. Wearing this simple device ensures free continuous air supply to your organs while sleeping.

Oral devices are safe and easier to use and you may not feel discomfort while using this device.

Dental devices are not as effective as CPAP in treating sleep apnea.

Surgical intervention is done only when there is no other option for sleep apnea. People having strange jaw structure, defective throat muscles and nasal block are considered for surgery.

In this procedure, uvula (a small tongue like organ inside your throat), both tonsils and adenoids are surgically operated and removed. This option can help in preventing snoring since it stops the throat muscles from vibrating and relaxing.

However this procedure is not effective when compared with wearing a CPAP mask.

This is similar to the above process wherein radiofrequency waves are used to shrink the tissue at the back of your throat. It is minimally invasive surgery but has effects equal to the first procedure. When the tissues of the throat are made to shrink it stops relaxation and resting of the throat muscles, thus allowing free flow of air.

A dental surgeon can perform this procedure where he moves the jaw bone forward giving enough space between the tongue and soft palate facilitating breathing. This surgery is termed as maxillomandibular advancement or MAD which is effective in treating sleep apnea and in preventing snoring.

Surgery is done for stimulating the hypoglossal nerve which controls the tongue movement. Tongue is kept in right position so that there is increased space for free airway.

This is a complicated surgery and considered as last option for treating sleep apnea. Your surgeon would create a fresh opening in your neck where he implants a plastic tube like structure so that you can breathe normally without any interruption. A new passage is created for free flow of air through the neck. After the surgery, you are asked to cover the opening of the neck during daytime using a small tissue and while you go to sleep you can uncover the cap so that air can easily enter and pass through the opening.

However this surgery carries some risk of infection and side effects.

Is Having Sleep Apnea Dangerous?

Sleep apnea itself is not dangerous, but the effect it causes can be threatening. Sleep apnea can cause cardiac arrest rapidly if breathing stops for few minutes. In some people tissues of the brain can die due to lack of oxygen supply leading to brain death or coma.

If you think you have sleep apnea symptoms do not ignore it. Book an appointment with your doctor and get it treated as soon as possible.

Can You Prevent Sleep Apnea?

You cannot directly prevent sleep apnea, but you can always take efforts to prevent its causes.

If you have any of the warning signs check with your doctor promptly.