Angiostrongylus or rat lungworm is a parasitic nematode commonly found in Florida and Southeast of United States. Several cases of rat lungworm are transmitted through snails and rats. These worms choose these animals as host and sometimes they live as host in human beings also. In rare cases these worms can cause severe complications. After getting transmitted to humans these worms become incapable of reproduction and will die gradually. As per the report given by the CDC Southeast Asia and Pacific regions are vulnerable for rat lungworm. Some cases have also been reported in Hawaii, Louisiana and Cuba. Sometimes these worms choose different hosts to lead their life.

Angiostrongylus cantonensis is the species of worm that infects the rat and hence this disease is known as Angiostrongylus. Often these parasites would die within the host and cannot multiply and hence do not cause severe infection. Only in rare cases and when the immunity is weak this disease can cause complications. Since these worms lives in the pulmonary arteries of the rats and affects their lungs it is known as rat lungworm.

It is the parasite by name Angiostrongylus cantonensis that causes this infection. The worms reside in the body of rats or snails and may enter the human body when they eat infected animals. Eggs of these worms would remain in the body of rats and are discharged through feces. Snails may accidentally consume these droppings and worms get transmitted into the body of snails.

In such cases snails are considered to be the transporting hosts wherein the larvae of the worm would complete its life cycle. While eating uncooked snails or frogs these worms can enter into the human body. Like other infection, these worms cannot spread from one (infected) person to the other.

There is no concrete diagnosis available for rat lungworm. Based on the symptoms of the patient and travel history and what they have consumed recently diagnosis is made. 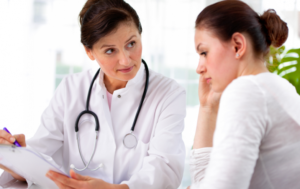 No specific drug can be prescribed for rat lungworm. Drugs are given to reduce the symptom and to build immunity. According to the report of the Hawaii State health Department, a person cannot become immune to the worm once he develops rat lungworm. In other words, the same person can develop this disease many times if he/she eats infected animals. Very often, the infection settles over time (3-4 weeks) since the worms would die eventually.